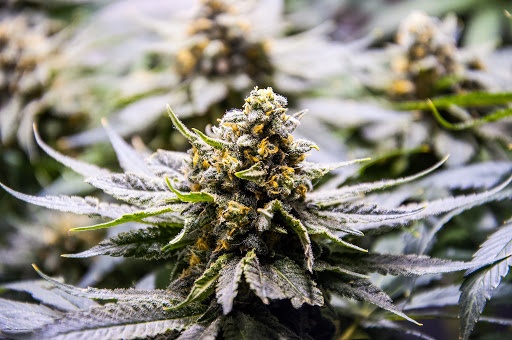 The marijuana industry is hurtling toward what could be its largest milestone to date.

Well, yes and no. Californians passing Prop 64 would be a huge feather in the marijuana industry’s cap, but that doesn’t mean individual companies can start talking about their brands the same way Frito-Lay or Unilever does. There’s a balancing act marijuana companies need to face between safety and authenticity.

If safety isn’t a pillar of your brand, you’re doing it wrong. Prop 64 could mean the industry propels into the mainstream by appealing to atypical customers (soccer moms, senior citizens), so your brand communications must show that your company and product are 100 percent above board.

Growers, manufacturers, dispensaries and delivery companies all need to talk about safety over and over and over again. Detailed stories about how you ensure safety is a priority. When in doubt, focus on the company you keep - number of PhDs on staff with background in pharma, law enforcement professionals and regulators working with/advising the company, rigorous vetting of partners, etc.

California legislators are evaluating ‘track and trace’ systems that monitor marijuana products all the way from seed to sale to ensure safety, but the specifics are still unclear. Point being - for now, it’s up to each company to carve out their own safety message.

There are too many jokes, puns and metaphors you can make if you’re a company in the marijuana space. They’re tempting, but if you’re thinking about doing it, don’t. No ‘budding industry,’ ‘green light,’ or ‘high growth,’ jokes, please. Startups, media outlets and even financial analysts are all guilty of this. This recent Bloomberg story is just the most recent example.

Weaker brands will say they’re ‘growing like a weed.’ Smart ones will carve out their own story and not use the novelty of marijuana as a crutch.

Not leaning on marijuana stereotypes and avoiding puns is a good thing, but companies shouldn’t take that too far. In 2014 the New York Times reported on a cannabis-focused ad agency that wanted to legitimize the pot industry, but a follow-up story two years ago in Cannabist described how that same advertising agency lost one of its clients because of its comment in the Times: “We’re weeding out the stoners. We want to show the world that normal, professional, successful people consume cannabis.”

The choice to say ‘weeding out the stoners’ is effective as a soundbite, but it antagonizes some key demographics. Keep in mind, even if marijuana is going mainstream, today’s users still skew heavily toward millennial men. Two-thirds of marijuana customers are men and 25-29 is the most common age group, according to cannabis business intelligence firm Headset.

In the next few years we’ll see a backlash as larger and larger companies enter the space and consumers begin to crave authentic, smaller brands and local dispensaries. A large chunk of your business is still going to be these, ahem, enthusiasts, so it makes zero sense to alienate them.

In November, Prop 64 could be one of the most historic pieces of legislation in California history. Companies need to navigate these waters with safety, legitimacy, and authentic communication in mind.

Dan O'Mahony is a senior vice president at InkHouse's San Francisco office, where he leads the West Coast B2B technology practice. Dan works with technology leaders and innovators including Okta, Hired and Eaze, to name just a few. Prior to InkHouse, Dan worked at LaunchSquad and before that he spent five years at Schwartz Communications. He loves a good story and loves a good burrito.