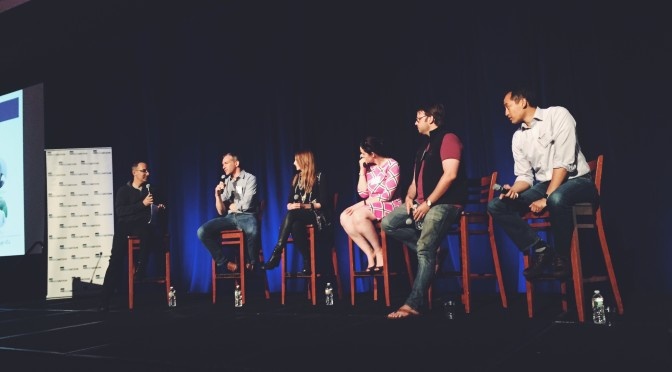 This sentence was one of the closing lines from VC Jeff Bussgang at BostInno’s third annual “State of Innovation” event – and it couldn’t have summed up the day any better. VCs, entrepreneurs, developers and marketers from around the Commonwealth converged on Boston’s waterfront to discuss what makes Boston unique as a hub for innovation and what’s coming up next on the horizon.

While there was a solid series of panels and discussions that went on throughout the day (notably Diane Hessan’s widely-applauded innovation themed rap and HubSpot’s Brian Halligan explaining the finer points of how to build a nap room in your rapidly growing company), the #VCcrossfire panel was far and above the best. 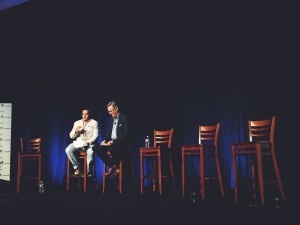 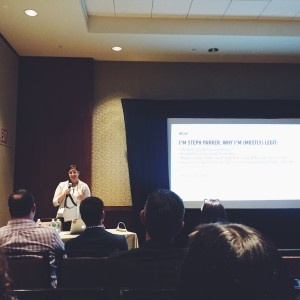 I think the VC Crossfire panel killed it and mattered so much for the rest of us here in Boston, and here’s why

- As BostInno outlined in the panel preview article, 2014 was a breakout year for venture capital funding in Boston with a total of $4.2 billion raised. Tech funding saw a 61 percent increase from 2013 to 2014 and there were a few large IPOs and acquisitions. All of that is to say is that Boston continues to be on the rise as the East Coast counter-weight to Silicon Valley and shows no signs of stopping. That feeling was palpable in the discussion – confidence levels were high among both the VCs and entrepreneurs who saw the environment only improving (with the exception of Rudina Seseri who said the bubble was about to pop, but that’s another story)

- We’re a town driven by two sides of the same coin: venture capitalists and entrepreneurs. The two sides don’t always agree – and that was more evident than ever on the #VCcrossfire panel. Nick Rellas, co-founder and CEO of Drizly, said himself on the panel that he often found that VCs weren’t always “that useful to moving things forward.” The discussion presented an interesting point/counterpoint to the belief that VCs and entrepreneurs walk arm in arm towards creating a business together.

- It’s not always an easy conversation to have so, whomever the young man was who stood up in the second row and asked the tough question on how VCs can be more inclusive of gender diversity and different minorities – thank you. The panelists struggled with their answers, and for obvious reasons. According to one study, conducted by Harvard, Wharton, and MIT, prospective investors were more than twice as likely to back a male entrepreneur over a female one, even when they gave identical startup pitches. This is a conversation that needs to be continued. 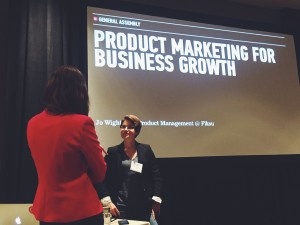 Looking back at these points – I think this panel resonated for me because it wasn’t all sunshine and rainbows. YES, we’re in a tech boom right now – but the bubble could pop within a year. YES, more and more entrepreneurs are getting funding – but the wealth isn’t evenly distributed by gender and race. What it taught me was that we’ve got a long way to go, but there’s no better place to do it than Boston.