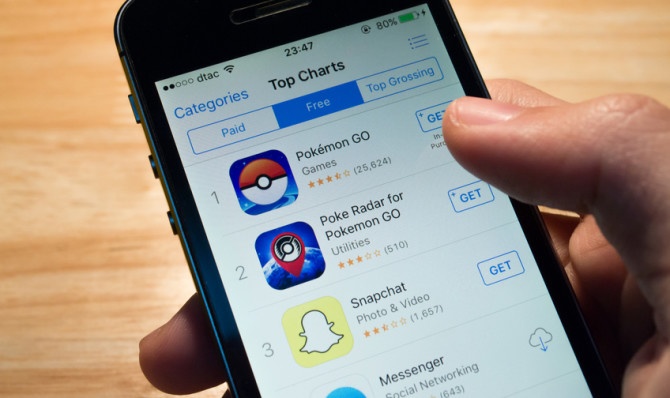 Everything You Need to Know About Marketing & Pokémon Go

Whether you’re sick of hearing about it or not, it’s clear that the Pokémon Go hype is in full force -- and it’s only just getting started. Since the viral app’s launch on July 6, the game now boasts over 21 million daily active users in the U.S., according to SurveyMonkey. Additionally, recent iOS usage data shows that users are spending more time honing their Pokémon trainer skills than time spent on apps like Facebook and Snapchat.

In fact, the Pokémon Go craze has been so prominent that companies from local businesses to major chains have tried to weave the game into their own marketing campaigns by reallocating marketing dollars to buy Pokémon lures (not to mention Yelp has made it easy to avoid Pokéstop-less restaurants).  As of last week, it has been announced that in-game advertisements are on the way in the form of sponsored locations. Not too surprising due to the enormous visibility the game currently has and how brands are constantly trying new ways to reach their audiences. In today’s world, visual media provides a key opportunity to reach audiences with unique, innovative, eye-catching and creative content.

With all the foot traffic Pokémon Go is generating, and with users eyes glued to their smartphones, it would seem like a missed opportunity to NOT implement in-app advertising. Here's what marketers need to know about the upcoming changes:

- So, how will the in-app advertising work?

Pokémon Go’s network of virtual portals are mapped to street locations, and brands will be able to pay to create sponsored content. Advertisers will then be charged on a “cost per visit” method, similar to Google search advertising’s “cost per click.”

Not necessarily. With a properly executed location-based marketing campaign, users will feel like the game is more “real.” In addition, with a more “native” approach to advertising, brands could offer more creative, targeted messages that align with the game’s user experience.

- Does this mean augmented reality (AR) will become more popular in advertising/marketing?

If Pokémon Go’s implementation of augmented advertising performs well, there could be a better case for the use of AR as part of larger campaigns. After all, marketers and advertisers need to know where their targeted audiences are spending their time and how effectively their brand is reaching those people. If those people are spending all their free time playing Pokémon Go (compared to time spent on other apps) then it seems only natural that those brands will want some visibility.

Only time will tell if Pokémon Go will continue to rise in popularity or fall flat like other mobile gaming fads. For now, marketers should keep an eye on the pitfalls and successes of location-based marketing and augmented reality as the platform’s new ad features begin to roll out. So good luck to all of you on your quest to become the next Pokémon master and remember… gotta catch ‘em all!