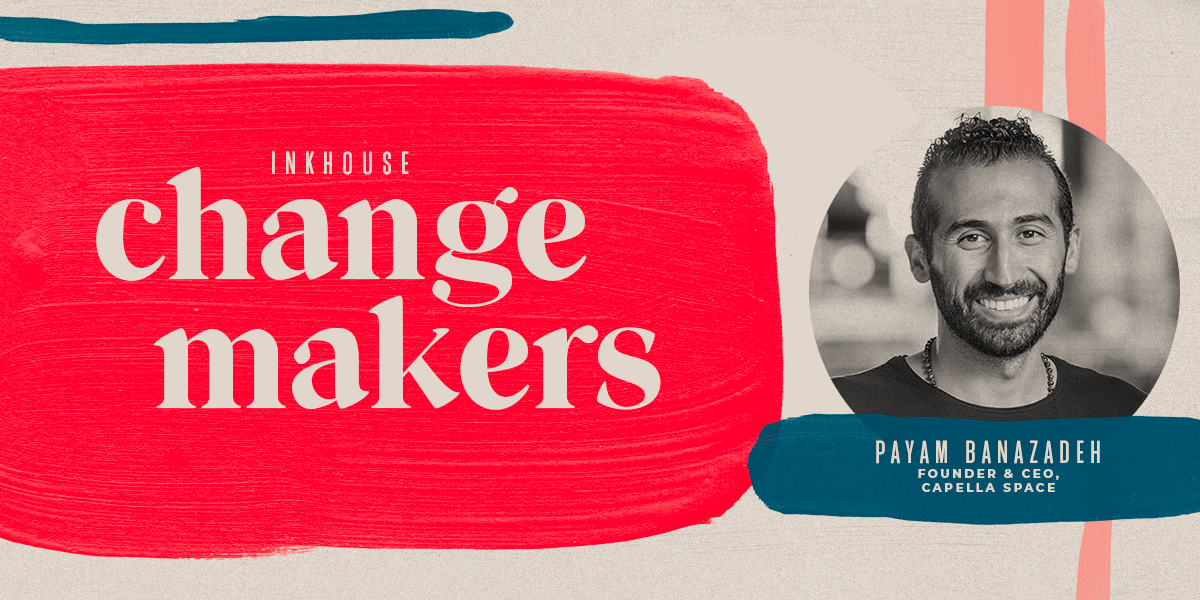 Founder & CEO of Capella Space Payam Banazadeh on the change/growth relationship, inclusive corporate culture and the power of shifting your mindset.

Payam Banazadeh, founder & CEO of Inkhouse client Capella Space, knows a lot about change. He’s building a new kind of space company that essentially makes small satellites (think the size of a refrigerator versus a school bus). What’s more, these satellites can see through things like fog. The idea began to form when Malaysia Airlines Flight 370 went missing -- he thought we should be able to find it and was brave enough to try to innovate an industry that is notoriously slow to change.

He’s doing it anyway, so I wanted to find out how his mind works. I asked him how he thinks about change: “One of the biggest obstacles to change is your mindset. Our brains have been trained for thousands of years to do certain things and be resistant to others. You have to push through this and justify it for yourself even though it is uncomfortable. For some, it takes a lifetime to get to this point. It's not an easy thing to do, but once you see behind the curtain a switch happens and you become so comfortable with change that you actually desire it and it becomes part of your DNA.”

Capella Space’s mission is to make Earth observation reliable and accessible to benefit commerce, conservation and the well-being of all people. Payam previously worked at NASA Jet Propulsion Lab, where his work on two NASA missions was honored with their Mariner Award. He holds degrees in Aerospace Engineering and Business & Management, was recently named to Forbes’ “30 Under 30” list and is a fellow of the National Science Foundation.

We sat down to discuss the change/growth relationship, the importance of an inclusive corporate culture, the power of shifting your mindset and, of course, fridge-sized satellites, among other topics. Below is our video Q&A.

An Interview with Changemaker Payam Banazadeh from Inkhouse on Vimeo.