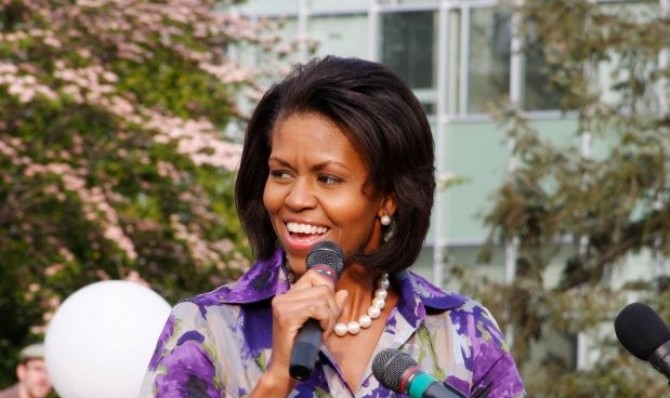 Four Ways Michelle Obama Rules Social Media: And How You Can, Too

15 million Facebook likes. 4.3 million Instagram followers. 4.17 Twitter followers. 470,000 Vine followers. Since she took her place in the White House in 2009, our First Lady, Michelle Obama, has had quite the powerful social media presence, to say the least. Through her thousands of posts, tweets and status updates, the FLOTUS has been crafting messages that appeal to a variety of audiences. Want to become a social media maven like our First Lady? Here are a few tips to keep in mind when managing your social media platforms:

Be authentic: Even though she is always in the spotlight, the FLOTUS keeps her messages realistic so her followers can easily relate. In honor of her "Let's Move!" campaign to end childhood obesity, Jimmy Fallon and the First Lady filmed the Evolution Of Mom Dancing, which went viral almost immediately after being uploaded to YouTube. This fun, genuine performance allowed viewers to see a silly side of Mrs. Obama (“mom” dancing on Late Night With Jimmy Fallon seems pretty laid back to me) that the public wouldn’t normally expect from a First Lady. Keeping your posts, tweets and photos authentic will help build better relationships with your (or a brand’s) followers, both on and offline. Give your audiences something real and relatable to hold on to and they’ll keep coming back.

Keep your content timely: Back in the fall of 2014, while everyone was singing along to DJ Snake/Lil Jon’s chart topping “Turn Down For What”, the FLOTUS grabbed hold of the musical phenomenon and created the "Turnip for What" vine. This seven second video once again turned the media’s attention to her “Let’s Move!” campaign to raise awareness about healthy eating. The First Lady acknowledged the popularity of the hit rap song and developed her Vine while the song was still relevant. It may sound obvious, but keeping current trends and timely topics in mind when drafting social media posts is essential. Grab hold of something big happening in the news that may be relevant to your brand – even just a trending hashtag – and tie it back to your own story.

Stay accessible: In a recent interview with The Verge, Michelle Obama stated: "We know we have to meet young people where they are — they’re not watching the nightly news, they’re not watching the Sunday morning shows, and they’re not reading the newspapers. They’re on their phones." The FLOTUS pays attention to what interests her audience, where she can access them and where they can access her. Be aware of this shift to digital communication while crafting your social posts. Making your message as accessible as possible to all audiences will help build a following and better brand awareness.

Be powerful: One of the more influential social media movements the First Lady started was the Let Girls Learn campaign to help the 62 million girls around the world who are not in school – many of whom are adolescent – go to school and stay in school. With the help of The President, Michelle Obama brought this powerful campaign into the spotlight and used the hashtag, #62MillionGirls, to keep the movement trending. As the FLOTUS did, make sure your message stands out to get noticed. Stay provocative and creative with your content to capture attention and push out a great story.

So there you have it – follow these tips and you may just wind up being a social media guru like Michelle Obama!