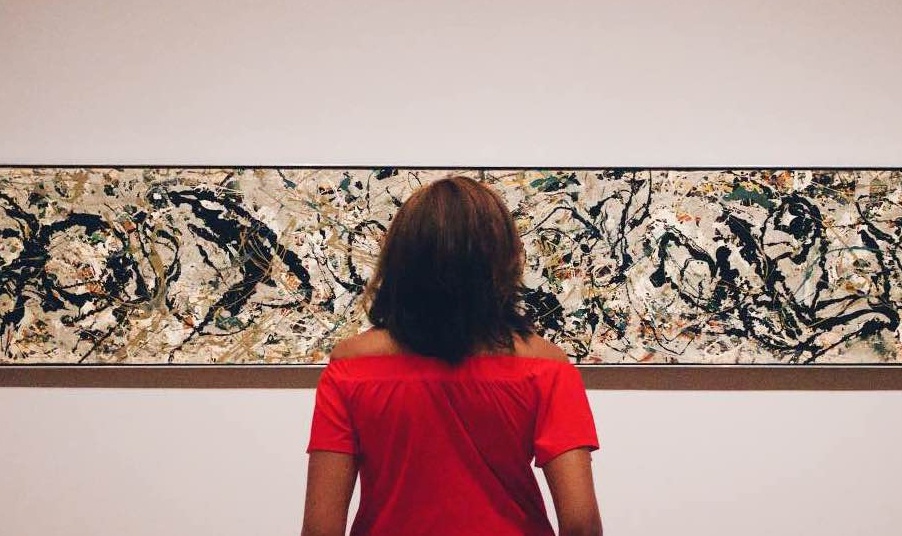 It’s not your imagination: The sheer number of news stories produced each year is growing exponentially, leaving all of us feeling overwhelmed with information. Our friend Chris Penn at BrainTrust Insights shared his graphic measurement of this phenomenon below, tracking the number of news stories from 1979 to today. The past three years have been especially brutal in terms of volume, and this year is on pace for more of the same. 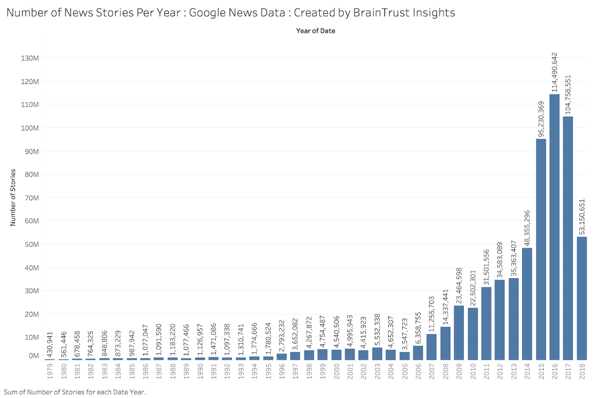 Data provided by Christopher Penn at BrainTrust Insights.  It shows how over the past 40 years the increase in number of news stories presented that year.

We are all feeling the effects of having so many headlines flash before our eyes. A recent Pew study found seven out of 10 U.S. adults have “news fatigue.” Worse, average news consumers are struggling to figure out what is factual and what is simply opinion. “With the vast majority of Americans getting at least some news online, the gaps in ability across population groups to sort news quickly and correctly raises caution,” the study found.

The way people are consuming information is also shifting. Facebook usage, while still enormous, is dipping, likely an early indicator that while people are not logging off, they are definitely engaging less, deleting the app from their phones, or simply checking the platform infrequently. Twitter is in a similar predicament. News consumers are not only tuning out the media but each other. A report conducted by Edison Research shows that for the past 9 years social media usage in the U.S. has increased by an average 7.77 percent but in 2018 it is projected to drop by 3 percentage points. (See the chart below.) 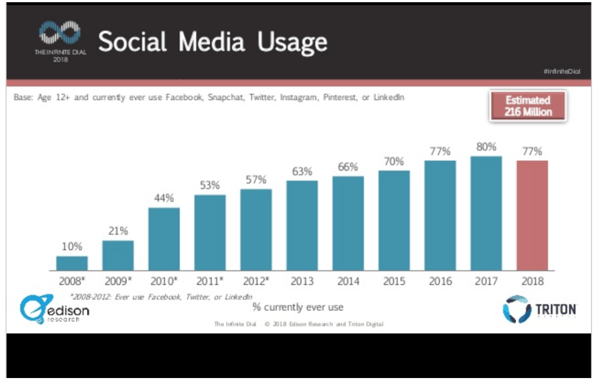 In addition, the incessant negativity of news; nastiness of online ‘conversations’; and the screaming on talk radio, Twitter and cable news is enough to make people tune out, including the journalists themselves. Maggie Haberman, Trump reporter for the New York Times, just announced an indefinite break from social media, saying “Twitter has stopped being a place where I could learn things I didn’t know, glean information that was free from errors about a breaking news story or engage in a discussion and be reasonably confident that people’s criticisms were in good faith. The viciousness, toxic partisan anger, intellectual dishonesty, motive-questioning and sexism are at all-time highs, with no end in sight."

So why does this matter?

Here at InkHouse, we’re committed to finding solutions to this growing problem. So we embarked on a journey to places where people and ideas are coming together successfully, inciting curiosity, empathy, and discussion, to help you, our clients, connect  with your audiences as the landscape changes rapidly under foot. After all, the souring news environment affects any client engaged in PR, whether it is a B2B or B2C campaign.

We’re calling this effort Project Curiosity, a three-month multimedia exploration of ways we can all adapt to this new era. We’re looking at art and culture, neuroscience and additional trends in media. We want to learn how, at a time when views are becoming increasingly black or white -- creating suspicion, divisiveness, fear and indifference -- we can encourage people to stay tuned in a meaningful way.

As a society we need to reestablish the grey. The grey creates space for complex thinking, it challenges what we’re seeing on a day-to-day basis on our various devices, and gives room for alternative perspectives in an open and safe way.

Along the way, Project Curiosity will introduce you to fascinating people and show you the latest in communicating. And at the end of this series, we’ll share all that we have learned and how it applies to you, your work and your life. To be sure you don’t miss any of our installments, sign up here to have it all delivered to your inbox. You can also follow the discussion on social media using #ProjectCuriosity. (There will be no yelling!)

I’m Tara Mayes Munro, InkHouse’s first ever Storyteller in Residence. I’m a public historian, an art lover, and former curator who has somehow found a home at a PR agency. I value and believe in the power of story because it’s how we make meaningful connections as humans.

Curiosity sparks our creativity and imagination. It develops a growth mindset and keeps us engaged in our community. It’s who we are at InkHouse.

This project is a conversation. We’re hoping that as we embark on this journey together, you will share and ask questions along the way.  Share what art resonates with you and how you explore the grey spaces at ProjectCuriosity@inkhouse.com or at #ProjectCuriosity.