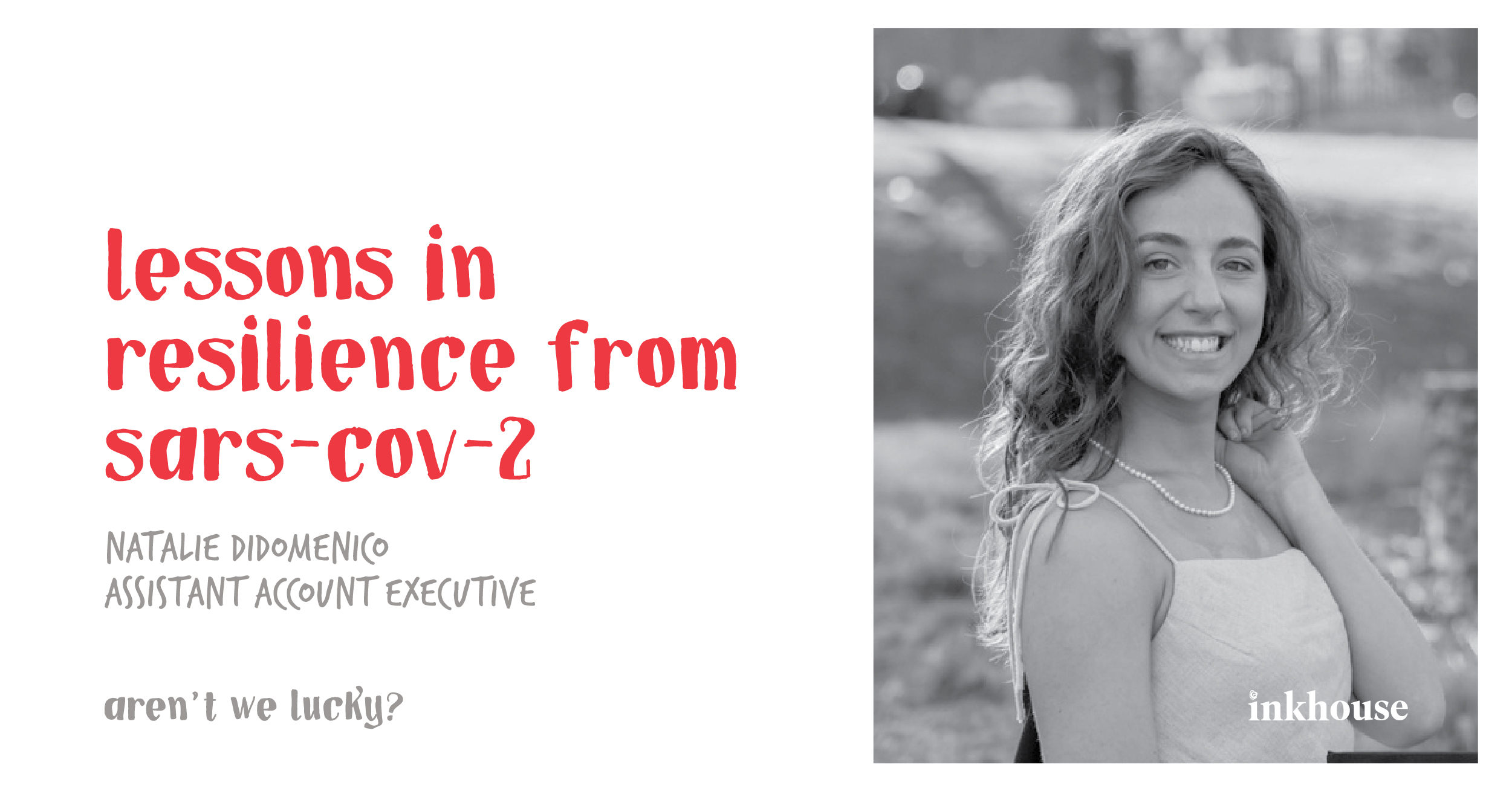 Lessons in Resilience from SARS-CoV-2—An Employee Essay From “Aren’t We Lucky?”

I swivel back and forth in my burgundy lecture seat, catching up with my microbiology classmates before our lecture starts. My friend Josiah turns his computer screen toward me to reveal a recent picture released by the CDC: a molecular image of SARS-CoV-2, the sole topic of classroom buzz. Josiah says, “Isn’t she beautiful?” “Yeah, she is,” I respond. It’s February 2020.

April 2, 2020. I live in isolation, spending my time frustrated in virtual lectures and sunk into my couch, binge-watching 90 Day Fiancé—the first of many quarantine shows I will cycle through. My phone lights up. A friend and fellow microbiology major, Grace, sends a picture of her face covered by a homemade mask. The text reads, “I’m convinced corona is basically airborne.” 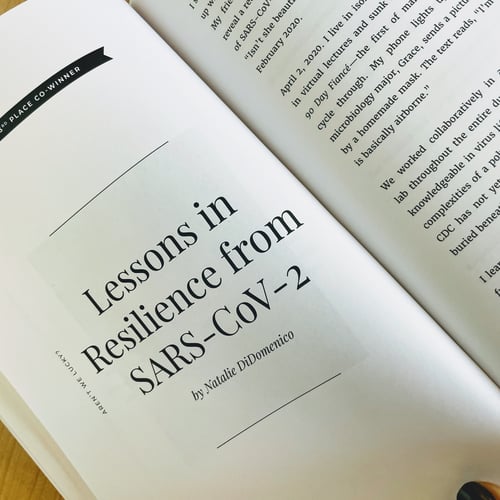 We worked collaboratively in an insect virology research lab throughout the entire duration of undergrad life, deeply knowledgeable in virus life cycles, infection patterns, and the complexities of a polymerase chain reaction (PCR). While the CDC has not yet officially labeled SARS-CoV-2 as airborne, buried beneath my fear is my knowledge that she’s right.

I learned a lot as a microbiology major. I memorized enzyme functions, performed cloning experiments, and designed sequences for genetic engineering projects. But throughout all the labs and lectures I attended, one theme always stood out the most: Nature can’t be beat.

Multicellular organisms consciously react to their surroundings. If a bird cannot find a food source in its immediate surroundings, it knows to venture out and look elsewhere. If a dog gets overheated when sitting in the sun, it moves into the shade. Although this consciousness can be easily overlooked by people, it makes life more adaptable and resilient.

Unicellular organisms have no consciousness. Instead, to survive they depend on the shuffling of genes in hopes of landing a new sequence that makes their living conditions suitable. This is not because a microorganism knows the genes need changing but because the microbe is compelled by nature. Genetic mutation is an ancient art that precedes all conscious life by billions of years—all the more time to perfect evolution as a system.

Adaptation becomes evolution, and evolution drives resilience. Mother Nature has been perfecting the art of genetic code for 3.5 billion years. No matter how long we study natural systems, it is impossible to learn all of nature’s secrets.

Since Homo sapiens began walking Earth three hundred thousand years ago, humans versus microbes has been a battle royale. SARS-CoV-2 is the product of billions of years of evolution, all of which prepared the virus for 2020.

As the first COVID-19 cases pop up throughout the United States, many remain optimistic about the pandemic’s timeline. People claim this new way of life is not sustainable for the economy. They failed to realize capitalism has a new ruler: Mother Nature. And with eons of evolutionary experience, she’ll soon prove her resiliency unmatched.

In response to the pandemic, we stay put in a desperate attempt to contain SARS-CoV-2. We learn, work, teach, interact, connect, and exercise from home. And for the sick or at-risk, periods of quarantine are inextricably intertwined with a deep fear of the unknown and compulsive Googling of symptoms of the novel disease. Walls, floors, and windows of public places are lined with signage and illustrations of people behind light blue surgical masks with bold lettering: stop the spread. stay 6 feet apart.

This drastic shift in human behavior cannot go unnoticed. But humans and our pets aren’t the only ones picking up on these behavior shifts. SARS-CoV-2 feels the pressure too. Unconsciously, she responds to our behavior.

Her DNA changes involuntarily, mimicking a slot machine as she searches for the amino acid jackpot. Changing her genetic structure means she can fight back against social distancing and mask mandates. The proactive measures we take are difficult for her to fight as an airborne virus. Without a timely genetic mutation, she may not survive. 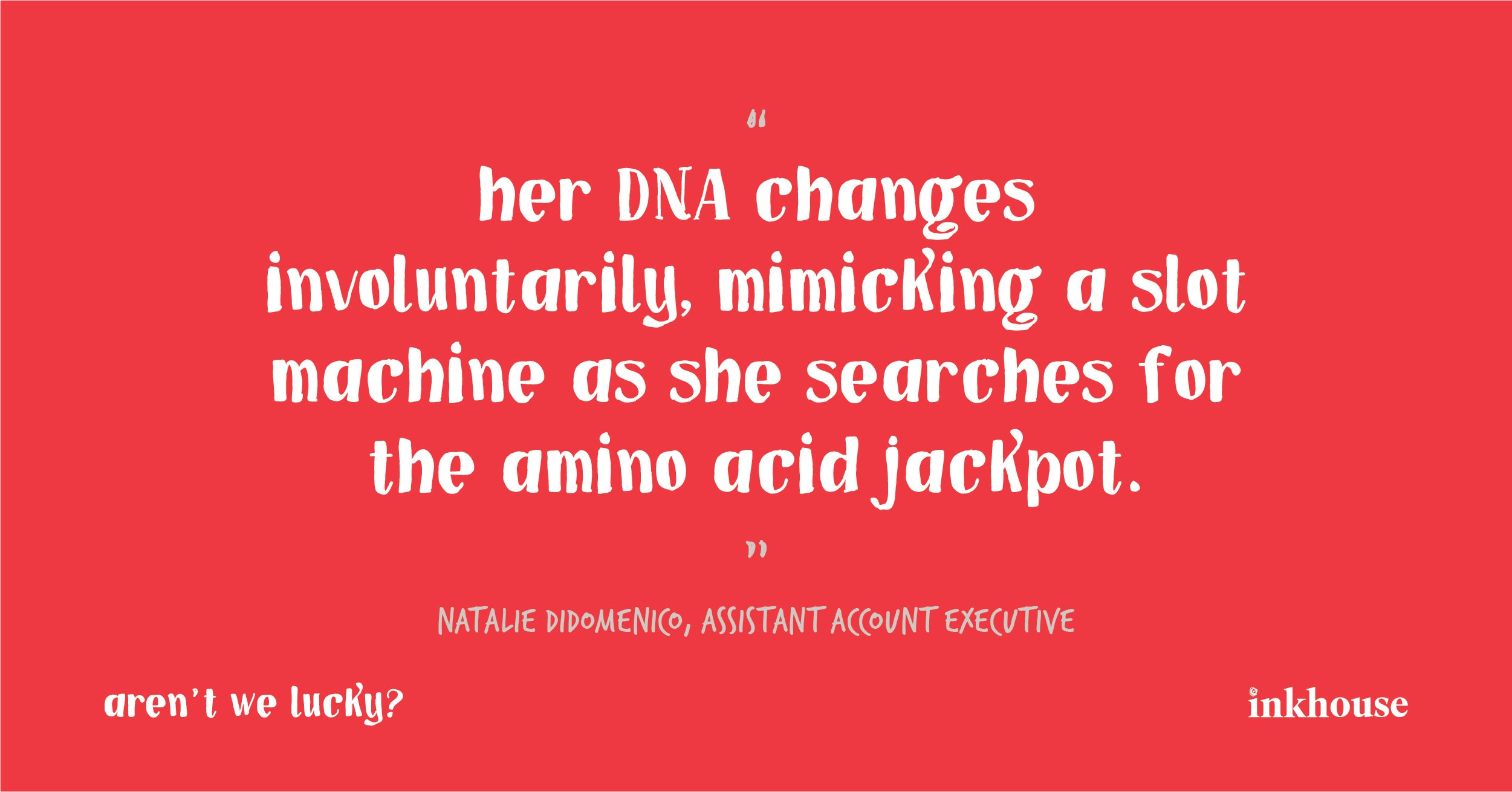 All viruses are susceptible to mutations, but not all are created equal. One-off point shift mutations—or when a single amino acid is replaced by another with a similar molecular structure—can make no difference at all in the genetic material. Deletions or insertions of genetic material with more structural differences can be fatal—just like in cases of human cancer or another terminal disease. Other mutations can be advantageous, making a virus more infectious or deadly. These changes are the core drivers of evolution. And evolution drives resilience.

After rearranging millions of genetic sequences, the virus eventually undergoes a beneficial mutation. In her genome, a fundamental building block makes a monumental shift. A singular amino acid glycine has been replaced with aspartic acid. Not all the glycine in her genes has been replaced; there needs to be only one mutation.

The danger comes from aspartic acid’s structural difference, the most notable of which is an oxygen molecule. Oxygen is highly electronegative; it has the ability to rob other elements of their electrons. This can make some biological processes unstable, setting off a cascade of other changes that eventually lead to a stronger virus. With her new RNA sequence, SARS-CoV-2 has more spike proteins that bind harder and make her more infectious.

Life on Earth defines resilience. Every organism—me, you, and SARS-CoV-2—is here because we are products of adaptation to the environment. When an organism experiences an environmental pressure—for example, a drought—the organisms of that species with the genes to go without water for longer periods of time survive.

The science community will always have more of nature’s mystery to uncover. COVID-19 has proven more than ever that people need to respect Earth as a vessel that carries us, not perceive it as something that we can conquer or dominate. Whether or not people exist on the planet, life goes on. Vegetation will grow, mammals will hunt, microbes will spread, and the ocean will keep its current. Nature cradles more wisdom than any living thing could imagine.

There is no defeating, only joining.

This essay co-won third place in our 2021 employee writing contest and appears in our book, Aren’t We Lucky? Stories of Resilience from the Inkhouse Community. Download your copy here. 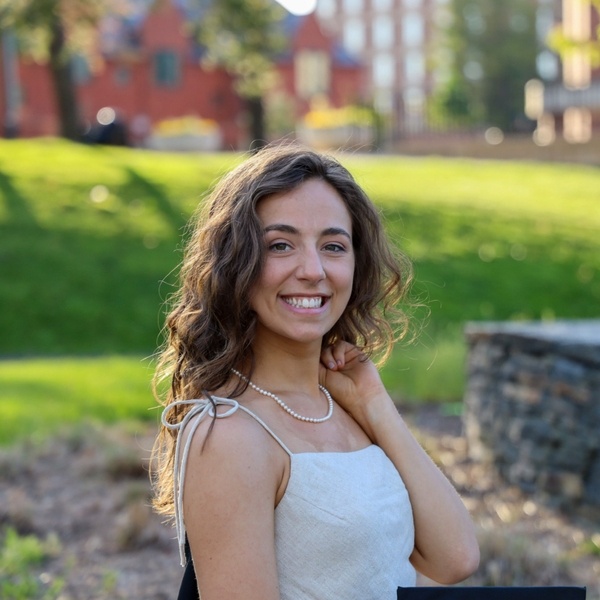 Natalie is an assistant account executive at Inkhouse. She is a born-and-raised Massachusetts native who has a deep passion for all things related to science—biology, chemistry, ecology, you name it.