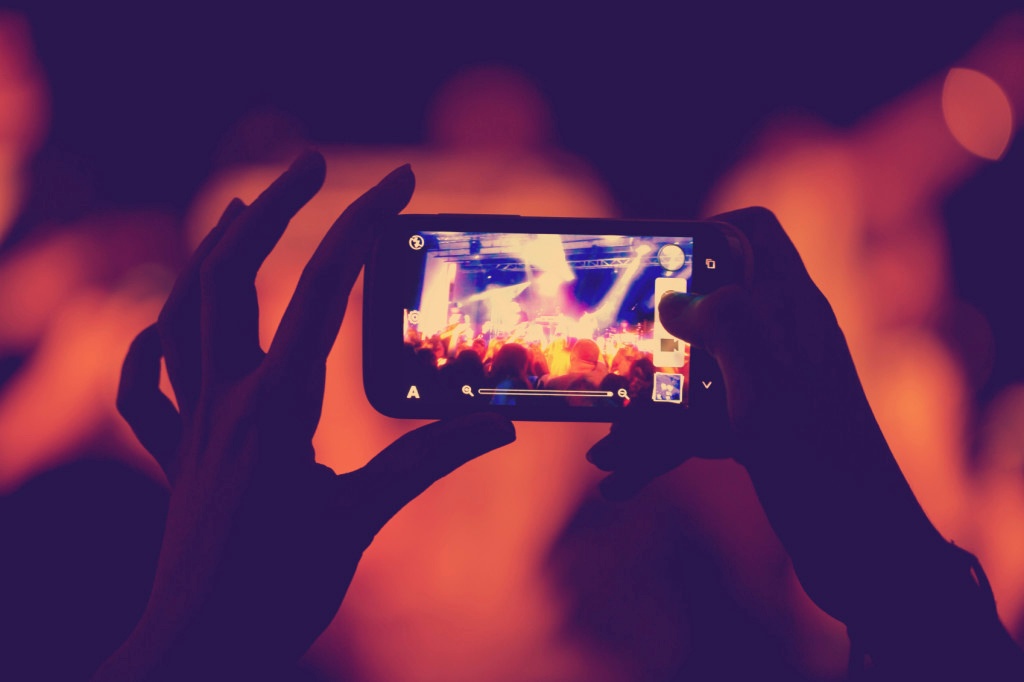 It was five years ago when I started my career in social media marketing, and the marvel of posting witty, geeky content to show my love of all things Internet-y has come back to haunt me on the occasion, thanks to the Timehop app (not to mention every #tbt that will surface again and again for the rest of my life). Post-Millennials (Generation Z) are savvier than I, however, growing up with technology in the palm of their hands. They don’t want to follow in my footsteps and archive their every move; instead they put their best selves in the public eye and let the mediocre moments they share disappear. “They don’t want open social networks, they want intimacy. They don’t believe every action has to be meaningful and permanent. They imagine the web as deletable.” TechCrunch has put it best – this is the rise of the Ephemeralnet.

Aside from traditional social media players that have been in the space for some years now, the birth of newer platforms include a visual feature as their primary communicator, and many are shifting their focus to ephemeral content – as in content that has an expiration date, and then self-destructs. This is due to a new perspective on what the Internet means to blossoming generations. Those generations, especially Gen Zers, are important to content creators and advertisers as they grow into the next sought-after market. But they expect content to work on their terms, in their language and offer more value than just a “you should like us because” message that many of us have become too comfortable with in our communications. So what can we do to become better content creators for the next generations and how can we adapt to the platforms where they choose to communicate with us?

Look to the leader
Ephemeral content is still a fairly new concept that marketers and platforms are working to adopt, but we can take a cue from the platform that birthed this new, temporary way to communicate – Snapchat. Since 2011, Snapchat has been rolling out innovative ways to share content that is succinct, and short-lived. We can send private snaps to our friends and share multiple photos or video clips in “Our Story” to our public network. More recently, brands have been able to capitalize on this content by contributing to sponsored stories in the newly branded “Live” area of the app. Snapchat features live events happening around the world. Indian culture in the “Mumbai” feed, fashion highlights from the “Dior Cruise” and sweet moments between Snapchatters and their Moms for Mother’s Day are just a few of the Live stories I have seen this week. Brands can now intertwine their sponsored content with user-generated content during these valuable live events, most notably Samsung sponsoring the American Music Award’s red carpet updates on the app.

Another major feature Snapchat rolled out in the recent months is Discover, their content hub containing twelve major publications issuing daily content, ranging from Cosmopolitan to Yahoo!. Discover has generated a lot of chatter and has marketers looking to the future of quickly digestible news, but Snapchat’s core users are not all convinced it is working. One surveyed Millennial sums it up well, “It would never occur to me to get all my news from Snapchat. I think Snapchat as a media platform is interesting. It makes sense in the way that it's all self-destructing so it gets replaced every 24 hours with new news, but I don't see society gravitating to Snapchat to get their news.” Content creators have some work to do, it appears, but we may be headed in the right direction.

It’s important for marketers to remember that Snapchat, unlike older platforms such as Facebook or Twitter, is being conscious of who they let into their exclusive ring of advertisers. Snapchat emphasizes their decision to offer only native advertising, as in advertising that doesn’t interfere with the user experience and is voluntarily viewed by Snapchatters when utilizing the app. Snapchat is also mindful of their demographics, primarily made up of Gen Zers and Millennials, so sponsored content must be relevant to the lifestyle these generations are passionate about, and inevitably what they want to see from brands. 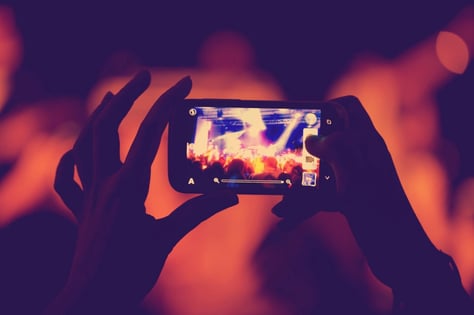 Streaming now vs. hearing about it later
For these younger generations, it’s also not enough to hear a story about the latest festival, fashion collaboration or product launch a few hours after it’s happened. Millennials paved the way to wanting on-demand content, and now Gen Zers and younger expect the same content in real-time, but they don’t want to hear about it – they want to see it. As we look to our leader again, we can see why: Snapchat Stories have normalized real-time video storylines to share what’s going on around us. Cue Meerkat and Periscope, the latest live-streaming app offerings that have already made an impression in their first few months.

The NFL is one of many recent adopters using livestreaming methods for communicating that otherwise would have come through TV or the Internet, then plastered across social media in the form of breaking updates. Fox Sports used Twitter’s Periscope to livestream the NFL draft, a favorable decision for many that will continue to put less reliance on living room viewing and allow for real-time updates across a number of devices.

Even bigger than the NFL draft was the Mayweather-Pacquiao fight that was bootlegged across many Periscope accounts two weeks ago to offset the steep $100 Pay-Per-View television premium fee and lack of an official online stream. Within an instant, thousands were tuning into these illegal streams to watch the fight of the century. If a stream dropped off from one person’s apartment in New York, another stream inevitably went live from someone’s house party in San Francisco. Even though the quality of these streams was worse than your 1992 tube television, the overwhelming viewership makes a bold statement: on-demand content at cheaper rates is expected and younger generations growing up with these ephemeral apps will do anything to get it. So why not share content the way people want to consume it?

It’s no surprise why marketers are salivating at the idea of bringing brands to livestreams and certainly aren’t hesitating to voice needed features to better leverage sponsored content. As we watch Meerkat and Periscope develop and react to these occurrences in the next few months, it will be important for marketers to brainstorm future events that can add value to live and on-demand content consumption.

Firstborn’s senior strategist Scott Fogel, however, makes an important point, “added features could threaten the allure of live-streaming—the idea that what you see isn't overly orchestrated, or produced, and [remains] true to real life.” Now more than ever it’s essential to preserve brand authenticity as savvier generations grow into the market. They’ve grown up with the ability to judge advertising with a critical eye, and can easily detach from messages that do not resonate with them in today’s content clutter.

The verdict: ephemeral content is temporary, but here to stay
Given the wave of these new platforms in the last five years, we can be assured that although content is disappearing every second at the disposal of younger generations, ephemeral apps are making a permanent mark on content consumption. So how do we as marketers adapt to meet the needs of these savvy, mobile and critical generations when it comes to the messages we serve them?

Like Fogel mentioned, it’s important to remember that relevance is key. Snapchat, Meerkat and Periscope are not going to induce on-the-spot conversions, so curb the sales-y talk and focus on brand awareness. With the ability to use photos, videos and emojis coupled with a live experience – your brand can shine on these ephemeral apps and keep users coming back for more updates. If your brand’s content reflects messaging that younger generations can adopt into their current chosen lifestyles, your brand has a better chance of growing with them through the years. As Alexandra Levit puts it, “Gen Zers are growing up in a healthier economy, and appear eager to be cut loose. They don’t wait for their parents to teach them things or tell them how to make decisions.”

As I reflect on myself as a middle-child of the Millennial generation, and how I have come adopt the Ephemeralnet into my daily communications, I offer my advice to those who begin to explore this content for themselves and their brands: keep it real. And keep it real short. That’s what keeps me coming back for more – even if it is to track a surprise comeback burrito from Taco Bell.