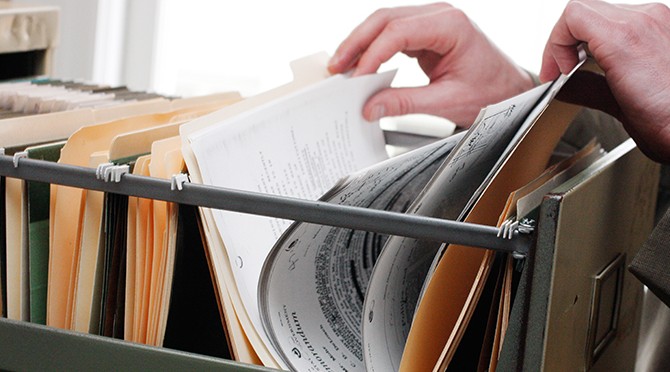 In between reporting on Edward Snowden, the crash of Asiana flight 214, and the Boston Marathon Bombing suspect’s appearance in court, Anthony De Rosa, the relatively new editor-in-chief for Circa, graciously answered a few questions for me about this innovative news platform he is presiding over and the future of journalism.

Circa is the mobile news app that breaks stories down to their core facts to make them easier to read and share. For more on how it works, read, “The Message and the Medium: Mobile News, Circa and Anthony De Rosa.” I wanted to find out more about how De Rosa and his team source news stories (Circa’s stories are written by aggregating credible sources into unique articles), and how he views the evolution of investigative journalism. Here’s our conversation:

Beth: How do Circa editors determine which sources to cite? I love the approach of using a string of facts and quotes to build stories and am curious about the process of mining through the chorus of voices to determine which is the most authoritative source on any given topic.

Anthony: We check multiple sources we've become comfortable with over a long period of time for their reliability. In some cases we may even contact primary sources (officials, the journalist who broke the story, emergency personnel, main subjects of the story) in order to confirm information. Nobody owns the facts, we track them down and verify them to create original storylines. We write original storylines that are made for mobile. Concise, fact-driven and to the point.

Note: On the Snowden story today alone, there are 22 citations alone, from a wide variety of sources including Wikileaks, CNN, the Guardian, Reuters, The Daily Beast, RT News, LaJournada and many more. See below.

Beth: What are your views on investigative journalism? How will it evolve in the new media model? Investigative news is still very much the purview of newspapers (with some notable exceptions), but even amid the Boston Marathon Bombings, The Boston Globe was the go-to source (although I was watching Anonymous constantly as well).

Anthony: I think local news organizations are essential to investigative journalism, as well as things like Pro Publica and data driven investigative journalism by people like Brian Boyer and Dan Sinker. There's going to need to be a variety of ways to keep this alive. I think crowdfunding and grant-based funding are two options. I also think we're still so early in the game that we haven't really tried enough business models to throw our hands up and declare investigative journalism dead. There needs to be more experimentation in the monetization of this area. I would gladly pay a premium for this type of reporting.

Finally, when I asked De Rosa if he’d rather quote a press release or a blog post to cite an executive’s point of view, he said, “I’d prefer neither. We’re not in the business of publishing press releases.”

As we’ve seen over the past few years in particular, the open discussions enabled through digital and social media have brought it to the age of transparency and authenticity. This means that PR tactics are ever-changing. The release is not dead (stay tuned for my next post), but the ways in which companies communicate their points of view and news are changing dramatically. To stand out in the voices competing for attention and headlines, we must be trustworthy, interesting and quick.