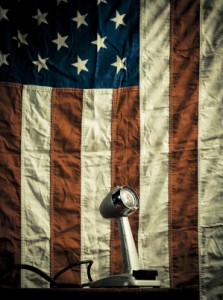 The Art of the Announcement: Timing Tips Inspired by the Race for the White House

When Mitt Romney announced his pick for Vice President - on a Saturday morning in the middle of the Olympics - it seemed like curious timing. Who would try to compete with the ratings juggernaut that is the Summer Olympics? However, not long after the announcement was made, promotions started running for the first interview with the newly minted Romney/Ryan ticket in an exclusive with 60 Minutes.

The Romney Campaign clearly wanted to set the agenda for the Sunday op-ed pages and the Sunday morning talk shows. Even though “Meet the Press” was pre-empted by the Olympics, Eric Fehrnstrom, Romeny’s right hand man, was front and center on "Face the Nation" and Governor Tim Pawlenty defended the ticket on “This Week,” with George Stephanopoulos. The week that followed became all about the Republican challengers and a little about P90X.

The success of this announcement and a few notable others, have inspired some tips for creating a successful launch.

Recognize this isn’t your watershed moment. The weekend announcement gave the Romney/Ryan good momentum going into a week that wouldn’t be as crowded with news from the 30th Olympiad. Not dissimilar to product launches or news releases, the ultimate success of a political team is not be determined by their first press conference. Instead, the ability to strategically define the post-launch next steps with creativity and thoughtfulness will mean everything.

Pick the day that works for your message. While Saturday was a smart move for Romney, it won’t be for most looking to make news. In general, Tuesday, Wednesday or Thursday mornings are a good time to make announcements. Monday releases mean pre-pitching over the weekend, when some influential reporters might be tuned out and TV assignment desks are working with skeleton crews. Also, a new story published this week by the Associate Press found that because many Fridays are used as a day for companies to put out bad news, Mondays are crowded with negative headlines and have a negative impact on the markets.

It is always smart to avoid making announcements on holidays. Unless, of course, you are Steve Jobs, who actually chose to launch the iPad over Easter weekend in 2010. If your company is as big as Apple, you can take on the high holidays. If not, don’t.

Be nimble. Typically, care should be taken to avoid making major announcements at the same time as other major competing news events. If you were taking your company public on the same day as Mark Zuckerberg’s, chances are the media is not going to pick you. But it is harder to follow this advice than you think. If you have been planning your announcement for months, it is an exercise in humility to have to push it back for another brand or individual. If that decision is made, it won’t be one you regret. After all, what’s a few extra days in return for millions of eyeballs on your story?

Bottom line, if you have news to be proud of, plan for the worst and hope for the best in terms of your timing, and remember that being thoughtful and flexible will only serve to better your announcement in the long run.