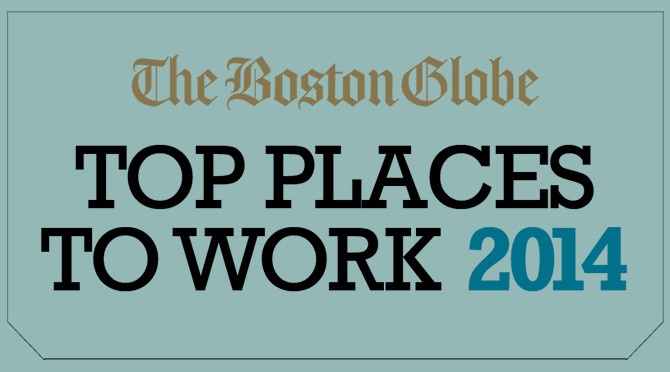 We did it. We’re one of the Top Places to Work!I could go on about how awesome it is to work at InkHouse, but Tina Cassidy already did that.

Then I thought I’d talk about how grateful I am to have our amazing team, but Meg O’Leary did that too in the upcoming Globe Magazine. As Shirley Leung wrote:

“Valuing employees is the biggest takeaway [from Artie T. Demoulas of Market Basket] for Meg O’Leary, cofounder of InkHouse. When she started the PR firm with Beth Monaghan, O’Leary was just grateful that people were willing to take a chance on them. Seven years and nearly 70 employees later, O’Leary still marvels at the idea.

‘They still want to take a bet on us. I consider that a privilege,’ said O’Leary. ‘As soon as you make employees feel like they are lucky to work here, that’s when things go wrong.’”

Well said, Meg! Did I mention that we’re hiring? #workboston