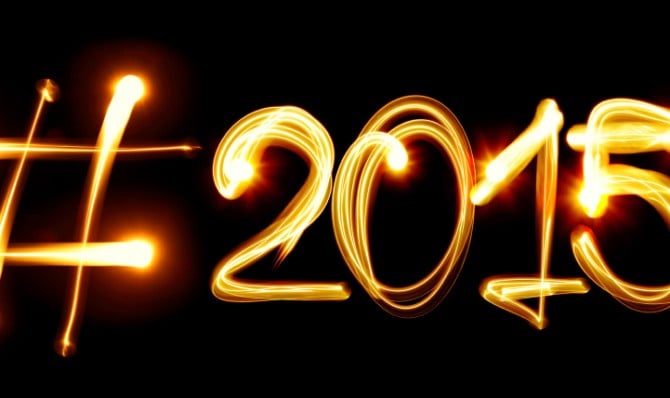 The Seven Most Attention-Grabbing Hashtags of 2015

I’m back again with my list for 2015. You may remember my list from last year that included #ferguson, #sochi and #ALSIceBucketChallenge among others. This year, hashtags seemed to really take over the world. Brands used them in clever social campaigns, brides and grooms encouraged their wedding guests to tag photos with a hashtag, and the hottest news stories and events were curated using hashtags. We even used hashtags as a way to up our snark (#byefelicia).

So what were the most attention-grabbing hashtags of 2015? Here are my picks:

#squadgoals – You couldn’t read a story about Taylor Swift this year without seeing the hashtag, #squadgoals.  Just go watch her video for Bad Blood. You got Selena Gomez, Gigi Hadid, Cara Delavigne, Cindy Crawford, Ellie Goulding – it seemed to grow each time she walked outside. She brought them on stage at her concerts and nearly every show had a different special guest. Soon, the media was using this hashtag to describe any group of celebs while regular non-famous social users started using the hashtag when tagging pictures with their friends (guilty).

#PopeInUS – In September, Pope Francis visited the U.S. and social was all a buzz. Hashtags started for his various East Coast visits (#PopeInPhilly, #PopeInNYC, #PopeInDC) and Twitter even created some special emojis for the big occasion. According to Digiday, Twitter measured 58,000 total tweets with the hashtag #PopeInUS in the week leading up to his visit to the U.S.

#royalbaby – In April and early May, Twitter was on fire with people talking about the royal baby. But it wasn’t just fans of the Royal Family, it was the media too. Every media outlet had a presence in London, waiting for those hospital doors to open. Though this royal baby announcement wouldn't just be coming from the traditional town crier and easel; it also happened on Twitter. "Heralded with a hashtag" was what The Daily Mail called it. The birth of Princess Charlotte was announced via Twitter on May 2.

#BreakfastAllDay – On October 6, McDonald’s announced its long-awaited all-day breakfast. The hashtag blew up immediately and included praises and exclamations of joy – until fans discovered all day breakfast would not include McGriddles or hash browns. Still, McDonald’s took the good tweets featuring the hashtag to prime time using them in a commercial (read by actors, not the actual tweeters). It turned out that only 10 percent of stores wouldn’t carry the hash browns for breakfast all day. Just shows that you only need just a small amount of stores to hold back a scrumptious breakfast snack to create a Twitter storm.

#BlackLivesMatter –  In 2015, the Black Lives Matter hashtag was used more than nine million times, bringing the issue of racial inequality into the public narrative. Black Lives Matter was on the top of everyone’s mind and, when one of the leaders of the movement spoke with Hillary Clinton, it was clear it would become a strong theme for the election season in late 2015 and 2016.

#deflategate – (Disclaimer: Author is a devout Patriots fan) It began in January when the Patriots were accused of deflating footballs for Tom Brady’s use. Who was responsible? Tom Brady was fined four games in May to which Pats fans were in an uproar and all other teams’ fans were celebrating like it was a joyous occasion – all which played out on Twitter. Ultimately in September, the judge reversed the four game suspension and Tom was there with the rest of his team when the 2014 Super Bowl banner was raised at Gillette Stadium.

#thedress – Oh the dress. It started when someone had posted on Tumblr asking what color was the dress? People either saw it as white/gold or blue/black. About an hour later it was all over the news and social media. Celebrities were tweeting and taking their stances. In about a day or so, the dress had taken the world by storm – the maker of the dress immediately put it back on their website and it sold out almost immediately.

So there you have it, 2015 as told by a handful of the year’s most attention-grabbing hashtags (for more about the top hashtags and happenings of 2015, check out this blog from Twitter). I for one am looking forward to see what conversations gain traction in 2016. #PeaceOut2015