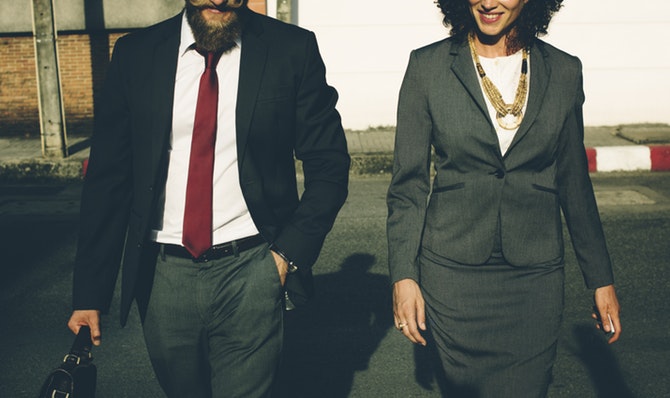 Walking the Walk on Gender Equality in PR

Gender diversity is a hot topic right now, and it’s been a hot topic in PR for some time. At InkHouse, it’s a constant conversation, and we were thrilled to have our CEO Beth Monaghan stand up for paid family leave for all at the Massachusetts state house earlier this week. Beth eloquently made the case that paid leave isn’t just good for families, it’s good for business. She also highlighted the fact that paid leave is essential to achieving gender equality in the workplace.

Beth was speaking for all businesses but recently–right here in New York–there’s been much discussion about the gender parity problem, specific to PR.

In April, the PR Council, along with some of the top women leaders in public relations in the city, launched the #Shequality project to promote mentorship of women in PR with the goal of nurturing more female leaders in the field via networking dinners and workshops for women in the industry to better help one another advance their careers.

These leaders were also represented by a panel at the PRWeek Hall of Femme awards at the Dream Downtown in early June, and they touched on the specific challenges facing women in PR, though how to solve those problems in a comprehensive way was not as clear.

This event was made more controversial than one might expect from a capstone breakfast awards ceremony. The keynote address by Michael Sneed Worldwide, VP, Global Corporate Affairs and CCO of Johnson & Johnson talked about the qualities that make a leader without any tangible examples of women leaders at the company. A discussion about gender equality by panel of male PR leaders followed, which ranged from advice from Richard Edelman to “speak up” more (which did not go down so well with the audience or on Twitter), contrasted by poignant and useful examples from Tony Wells, SVP and CMO of Schneider Electric, about the company’s commitment to gender equality and how that plays out from an operations, budget and outcomes perspective.

Then, just one week ago, the brand-new Women in PR USA organization (linked to Women in PR Canada) launched with an event in Times Square dedicated to bringing together women in the field to network and hear one another’s stories about making their own path in the industry. Turnout was low, but that may have just been because there are already so many options for networking among peers in the city. That said, there are certainly benefits to creating a North American alliance dedicated to the same cause.

There’s also the New York Women in Communications organization which handles the networking and learning part of the equation particularly well. The organization brings together women in all communications fields, from journalists to in-house marketers, to raise funds for scholarships for women in the field. NYWICI also hosts education programs to foster the growth of more female leaders, with topics ranging from tackling the ever-elusive formula for work/life balance, to standing up for yourself at work, and improving your own financial future, to name a few. And the NYWICI’s annual Matrix Awards each April is an incredibly polished and thoughtful event full of inspiration and specific success stories to future leaders in their respective fields can draw courage and insight from—this year, the honorees included Judy Smith, Savannah Guthrie, and Gretchen Carlson, to name a few.

While each of these events and efforts are laudable for bringing attention to the cause of female advancement in our industry, without actionable initiatives, we’re just talking to each other in a vacuum. Maybe it’s because as PR professionals, we’re so entrenched in the problem, we’ve not raised our head above the din to take a wider look at the world—and how we can be driving changes on a far bigger stage than just the networking dinner or one-on-one coaching session.

What does action towards a wider impact look like?

Yes, we need more women mentors. Yes, we need women sharing how they did it and removing obstacles in their own workplaces that may prevent other women from following in their footsteps. Networking helps, speaking up helps, and having male leaders advocating for and working to ensure the women on their teams have both a voice and a roadmap for advancement all helps. But we also need more women and men speaking up at both the state and federal level in support of diversity initiatives, paid leave, and women’s rights in the workplace.

I should note that New York passed a paid family leave law last year that, when it goes into effect in 2018, will be the most leave mandated by a state to date, beyond even that of California. But it will take another several years to go into full effect, and without such a law at the federal level, many of our peers in other states may have to choose between career/financial stability and caring for a new child or sick family member, despite stats that show how much more valuable it is to support and retain those employees during times of need. And paid leave is just the beginning. We don’t have federally mandated gender diversity standards, and mandatory coverage for women’s reproductive health, including basic items such as birth control, is seriously at risk.

We’re big fans of helping our clients find their voice on critical issues. As an industry, it’s time we do the same for ourselves. Our future leaders depend on it.