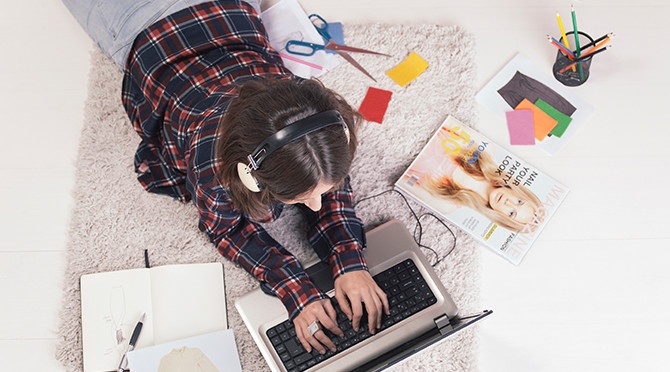 What We’ve Learned From Blogging

We often say that everyone at InkHouse is a social native. Yes, we have fun at cocktail parties, but that’s not what that means. It means that we all live and breathe social media and content; we don’t have a special department or title for anyone involving social because it is just part of everything everyone at InkHouse does. It’s part of how we think, not just at work, but often in our lives outside of work.

Case in point: It’s not uncommon during an agency brainstorming session for someone to speak about something interesting that they have learned in the test kitchen of their own personal blog, and is applying it to client work.

Here are a few examples:

InkHouse VP Samantha McGarry writes Keeping the Glass Half Full, about parenting, career and domesticity. She even writes about blogging, and her work is syndicated on Huffington Post Parents, Famtivity and the Framingham Patch. Through this process, she’s learned how to build relationships with other bloggers and insert her content into relevant conversations, then promote it beyond the typical mommy social channels of Facebook, Twitter and Pinterest using tools such as Reddit and LinkedIn. By reviewing the analytics of her blog, she’s also learned the importance of inviting others to guest post, as well as keeping the content honest and varying the format and style to keep things fresh.

Linnea DiPillo, an account coordinator at InkHouse, keeps a tumblr blog called Every Artist Has a Birthday, which is really a quest to find new material about an artist that is not widely known. This has honed her research skills, which she puts to good use at work. The blog is visually and intellectually engaging, and so it’s no surprise that she gets a ton of engagement from readers. Posts on Van Gogh and Marina Abramovic have gotten tons of engagement, proving that a picture is worth a thousand words.

Greg Peverill-Conti is another vice president leading account teams, but he also enjoys photography and takes many website photos for clients – and for InkHouse. His Flickr also feeds his social channels, where you can admire his 1,000 Faces projects. He has a blog, too, called Over the River.

Alex Ingram, one of the men behind our Tie Thursday movement at InkHouse, not surprisingly keeps a fashion blog called A Boston Blazer. “I learned very quickly that engaging in ‘vendor-neutral’ conversations with others in my industry – at events, on twitter, over a beer – was far more effective at building recognition for myself than constantly pushing my own content.” Preach it, Alex. We tell clients this all the time.

As for me, the advice I will impart based on having two blogs, is: do as I say, not as I do. Two blogs is a lot of work! The first is called The Birth Book Blog, which I started in 2008 after publishing my first book, Birth: The Surprising History of How We Are Born. That blog took off when I serialized my own birth stories, and it didn’t make sense to layer on content related to my last book, Jackie After O. What I’ve learned is to keep it personal with a strong point of view, using gifs (not just for listicles) to lighten what can be a serious topic, and sharing posts with other like-minded bloggers. I still get tons of traffic from those that I’ve syndicated elsewhere – often years ago.