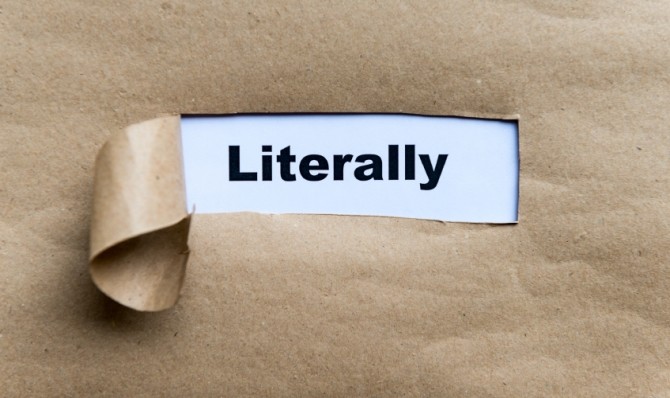 It’s that time of the year again when we present the words we believe have jumped the shark in 2015 and earned their place on our virtual semantic chopping board.

After consultation with friends, industry peers and the general Twitter and Facebook masses, I have to admit, I was a tad disappointed. Several people proposed “bae” and “awesomesauce” – words which had already appeared in our “Words to Retire in 2015” and “Words to Retire in 2013” posts. Clearly, the message that these words have fulfilled their purpose has been overlooked. People, we can do better.

Other repeat offenders proposed included literally and leverage which, literally, get suggested every single year. I mean I can’t even.

As in past years, 2015’s lexicon has been infused by the news of the day, culture, entertainment, business and politics. Somehow, this year, it feels like the sheer volume has been louder, and that’s likely due to the proliferation of new social channels and distributed content. Still, here they are: the words that we wish to retire in 2016. Get ready for all the feels.

1. Shake it off, and squadgoals - thanks Tay Tay

2. Hello, it’s me – phone calls will never be the same (thanks Adele)

6. Unicorn – the business beast, not the one-horned legendary beast

7. Curate – according to this Inc. article, “Editors have been exhorted to "curate" for at least six or seven years now, but unless someone on staff has a really interesting side gig that I don't know about, none of us work in museums.”

8. Lumbersexual – we are over the flannel shirts and finely trimmed beards

10. Trump – this is not the place to get political but I think you know what I mean

Interestingly, the Oxford Dictionary’s word of the year wasn’t even a word – so we can’t make a case to retire it. Besides, who doesn’t enjoy a good taco emoji? Check out Newsweek’s article on the topic, especially their short list of contenders for word of the year which included serious terms like ad blocker, dark Web, sharing economy but also a phrase we introduced in last year's Words to Retire post: on fleek.

And, while we are all trying to up the quality of our content and storytelling, let’s not forget to tame the hyperbole. I mean, OMG, we are literally dying over here. No, no, my friends, we are not.