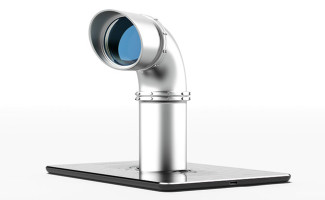 A Peek at Twitter's Periscope Integration

If you check Twitter on your iPhone (like most people) you may have noticed something new on your screen. We haven’t gotten to 10,000-character tweets yet, but if a picture is worth a thousand words, the rollout of Periscope videos playing in the Twitter stream of iOS users has to be worth at least a couple smiley emojis.

Before storyboarding new campaigns based off live streaming video, let’s take a quick look at the brief history of Periscope. Twitter acquired the company that built it last January as mobile video innovations from the likes of Facebook and Snapchat began to take off. An iPhone app was released in March, enabling users to post or tune in to live streaming video through links in tweets. The app was released shortly after Meerkat took the world by storm with a particularly similar value proposition. An Android app was released in May and the service had registered more than 10 million users by August. Meerkat has since faded into obscurity (RIP).

Just last week, #DrummondPuddleWatch was the first international social media sensation of 2016, and it happened on Periscope. Upwards of 20,000 people tuned in to watch the courageous, ingenious attempts of pedestrians to cross a rather large puddle on a rainy day in England. No, puddles are not uncommon (especially in England). But a team of marketers with an office overlooking a particular puddle was amused by it. An iPhone was propped up and provided thousands of users with hours of unexpected entertainment. It wasn’t a planned campaign or publicity stunt, but this hints at the potential of Periscope.

This week we saw the integration of Periscope videos into the Twitter stream. Much like on Facebook, videos will start playing as soon as you see them. You can interact with these videos just like a regular tweet — show your approval by favoriting it or retweet to share with your followers. Tapping the “Open Periscope to Chat” button on top of the video opens the Periscope app (if you have it) and enables the native “heart” and chat functions. The best part of it all, however, is that if you’re on your iPhone you don’t need a Periscope account to interact with this content anymore. Before, Periscope streams appeared as links you could open in the app, which meant you needed to use the app to access them. Now anyone scrolling through Twitter on their iPhone will just see Periscope streams as they’re posted or shared. The same functionality will likely (hopefully) be available to Android and desktop users soon too. (I’m the only Android user at InkHouse San Francisco and the #FOMO is real.)

How will Twitter’s Periscope integration affect PR and content marketing? In the long-term, that’s yet to be determined. This is just the beginning of collaboration between the two tech teams, according to Fast Company. But it’s clear that Twitter is on a path of evolution and the addition of live video to the stream opens up exciting new opportunities for storytelling and content distribution. You now have instant access to a captive audience for quick announcements, walk-throughs and Q&As. Creative, engaging content will be critical to successful campaigns this year and video is a powerful medium.