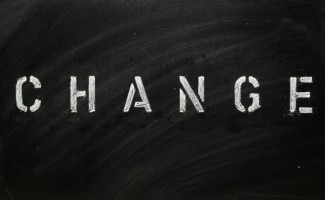 Did you know? Reporters on average open 12 percent of the emails they receive and only answer 1 percent - which puts communication between PR pros and the media at risk. This new social platform wants to help change that.

Introducing Babbler – the brainchild of sisters and co founders Hannah Oiknine, a former Microsoft staffer, and Sarah Aza, former PR pro. Launched in 2013, Paris-based Babbler was on a mission to create a better way for PR professionals to connect with reporters and get their message into the field. The startup, which recently raised more than $2 million in funding, is designed for in-house PR teams, PR firms and newsrooms who want to streamline the process of sending pitches out to the dreaded “black hole” of a journalist's inbox. In short, Babbler is another alternative to reaching reporters with your news - in a less conventional way.

Co-founder Oiknine explains how Babbler came to be, stating, "The big question always is, do you start with the chicken or the egg? We needed enough reporters to attract the companies and we need enough companies to attract the reporters." She explains “We started by having the PR professionals invite their own network of followers, and that is how we built our community." The platform’s matchmaking algorithm is a feature that has aided to the growth since its launch – if a PR professional invites someone else to join and it matches with the domain of interest, they’re going to benefit from the contacts. It also allows businesses to measure the engagement their pitches receive from journalists by recording stats, such as the number of times their multimedia content has been downloaded.

The platform has a current user base comprised of about 5,000 journalists, who access the service for free, and more than 300 PR agencies and brands, for whom there is a scaled fee. Thinking of joining the Babbler community? You'll be in good company, as its 300 customers range from small startups that may not necessarily have the budget to retain PR pros but still want to find a way to get in touch with reporters, to big industry players such as Nike, Black & Decker, Edelman, Pinterest, Waze and Yelp.

Babbler is putting intelligence into the process, moving PR out of the inbox and into a conversation-driven platform. A platform like Babbler is not a proxy for true media relations, nurturing contacts, and personalizing outreach - but it's an interesting advancement that's worth considering adding to your bag of tricks.