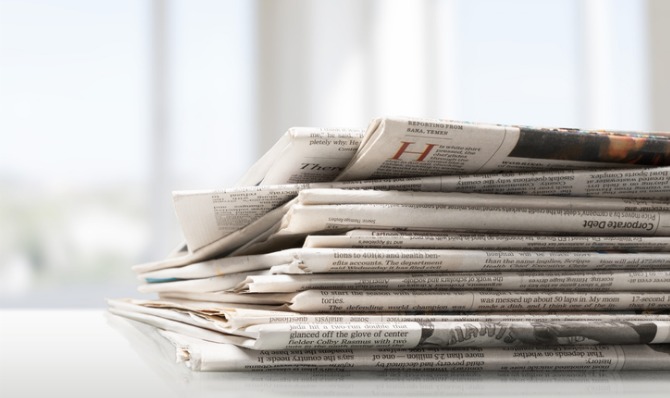 At InkHouse, We Stand for a #FreePress

As a Boston University freshman during my first Journalism 101 lecture, we discussed freedom of the press and the concept that newspaper reporters are the “watchdogs of society.”

That term speaks to the absolute necessity that all democracies must have a free press that digs deep, investigates, uncovers, fact-checks public officials on a daily basis and exposes the truth.

This week, the Boston Globe asked newspapers across the country to editorialize in favor of a free press, in the wake of President Trump’s increased attacks on the news media.

“The request also suggested editorial boards take a stand against Trump’s words regardless of their politics, or whether they generally editorialized in support of or in opposition to the president’s policies,” according to the Boston Globe.

Hundreds of newspapers across the country have joined the #FreePress movement this week, including my old paper the Boston Business Journal, which today made their own request tailored to the business community: “Simply put, you, our readers, are the ones who keep the U.S. economy moving, and as such, you are the very people who hold the most sway over the Republican party and the president. Right now, your country needs you to speak out and reject the president's suggestion that journalists are liars and the ‘enemies of the people.’ There's a big difference between saying the media is biased, and labeling it as ‘fake’ or ‘dishonest.’ Questions of bias have been around since the news industry began, as they should be. News journalists must be vigilant about keeping their biases in check. But facts — the heart of all news — are not biased. They simply are.”

At InkHouse, we could not agree more.

The news media is an institution of democracy at its most basic level. Without it, we would not be able to uncover important and sometimes disturbing truths about institutions that might otherwise be shrouded in secrecy, from governments to businesses to universities to churches.

The truth is this: Journalists are not the enemy of the people. They are the watchdogs of our democracy, and it is of the utmost importance that they remain so.

“Congress shall make no law respecting an establishment of religion, or prohibiting the free exercise thereof; or abridging the freedom of speech, or of the press; or the right of the people peaceably to assemble, and to petition the Government for a redress of grievances.” - Amendment 1