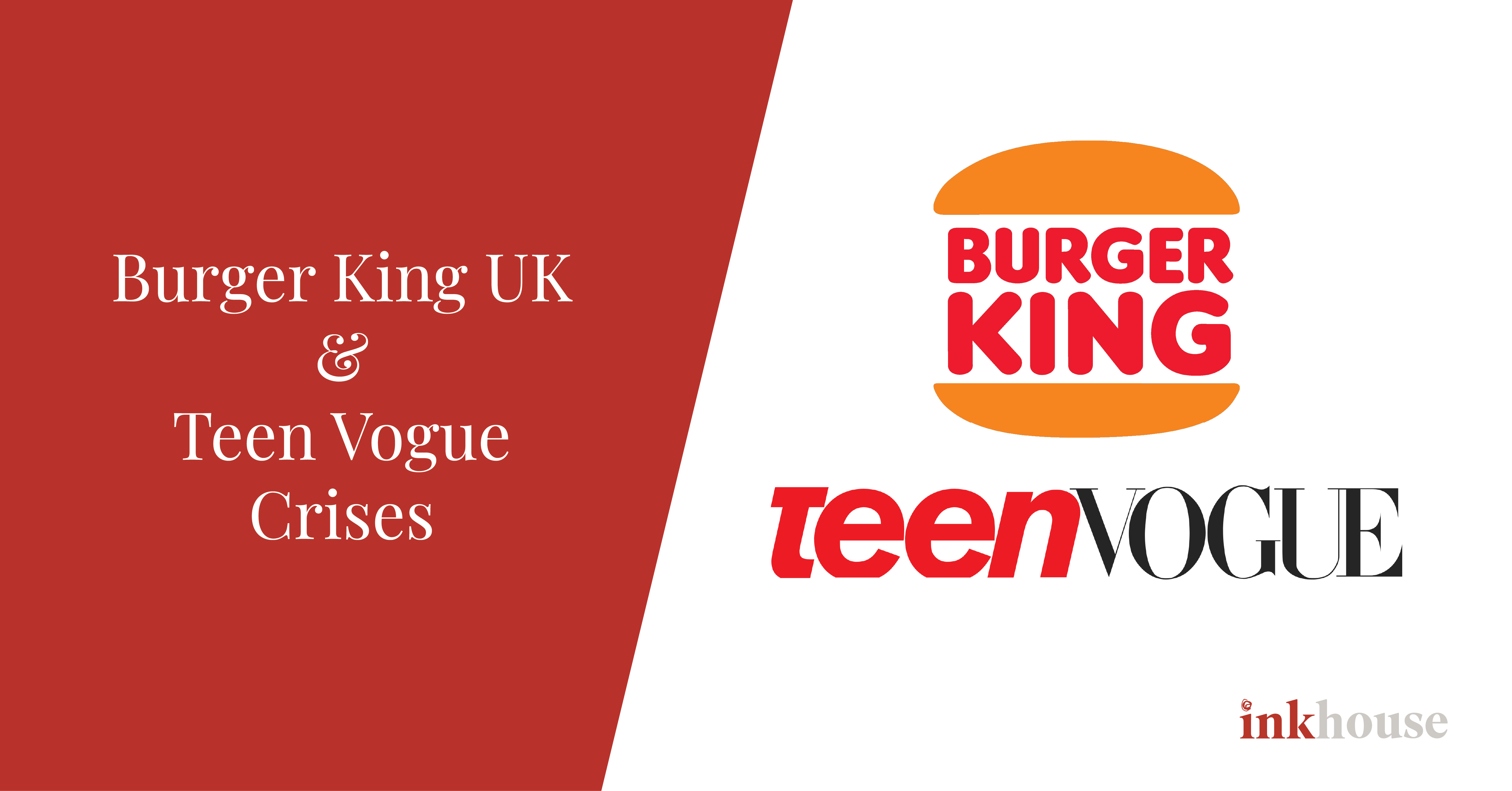 This week two crises made headlines. Burger King UK, as part of International Women’s Day, tweeted, “Women belong in the kitchen.” The post was meant to highlight the fact that only 20% of chefs are female and Burger King UK was awarding culinary scholarships to women. Who isn’t happy about that? Except the point got buried as Twitter erupted in outrage.

Burger King UK deleted the tweet, apologized and I forgive them.

As a PR person and a human who makes mistakes, I forgive Burger King. Good intentions matter. Terrible execution does too, but it's much easier to fix than bad intentions. #PublicRelations https://t.co/l6GNeNd8Ni

Speaking of intentions, there was another crisis this week. Teen Vogue has a new editor-in-chief who made Washington Post headlines, “Teen Vogue’s new editor apologizes for past racist tweets after staff complaints: ‘There’s no excuse.’”

When you compare this with the Burger King UK tweet, there is a big difference: intentions. Burger King's were pure. These tweets were not.https://t.co/hu2K7uyfON

As Alexi McCammond assumed her new role, some of her previous tweets were unearthed, which included racist comments about Asian people. Teen Vogue issued an apology, which ended with, “We are hopeful that an internal conversation will prove fruitful in maintaining the integrity granted to us by our audience.”

As a holding statement, this came up short in two ways. First, the action is not equivalent to the infraction. I would have used “investigation,” not “conversation.” And second, it begs more questions. Most notably, will there be an investigation? Now we’re paying closer attention.

Both the Burger King UK and the Teen Vogue crises were avoidable. We’re living in a cancel culture. Reporters have begun asking companies about their diversity metrics as a standard course of business. Blatant racism and sexism are going to make headlines, and flubs will too, especially if you’re a household name.

Words to the wise: