Confessions of a Serial Twitterer 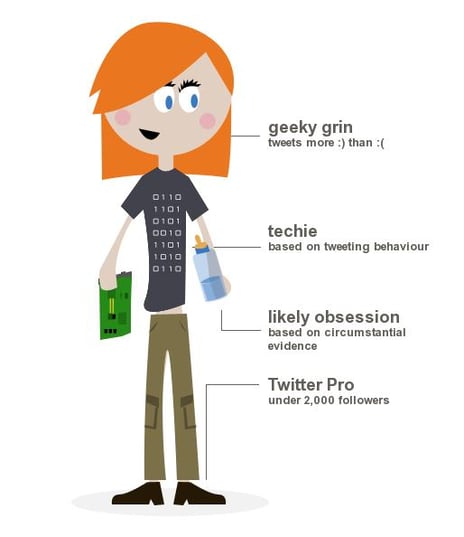 I am fascinated by serial Twitterers. We all know at least one or two and if you work in PR and social media, chances are you’re sitting next to one right now. I got to thinking about people’s different Twitter styles and how conservative Twitterers are different from the serial tweeting variety. I even have a (completely unsubstantiated) theory that those who tweet more than 10 times a day are more likely to put bumper stickers on their cars because they are prone to sharing more (Note: unscientific bumper sticker study in progress. Timeframe for results: TBD).

In order to find out more about what makes a serial Twitterer tick, I decided to go straight to the source. I asked InkHouse’s very own serial Twitterer @samanthamcgarry to tell me everything. Sam is, according to her Twitter bio, a “PR & social media professional; happy wife & mom of two sweet kids; optimist by nature; French-speaking Brit in USA; happiest when dancing!” She is also a self-proclaimed app addict, but you can read more about that here.

It’s not unusual for Sam to tweet more than 20+ times per day -- and before you say that seems like a lot -- keep in mind that she also has 20 times more followers than I do. In a nutshell, she’s doing something right. In fact, according to HubSpot’s research, “Users who tweet between 10 and 50 times per day have more followers on average than those that tweet more or less frequently. The 'peak’ of the curve is about 22 tweets per day.”

Here is what she had to say:

A: I tweet between 15-25 times a day, some days more, some days less. Usually this is 1-5 of my own tweets (thoughts, questions, pushing my own blog posts) and the rest are comments/RTs of good content/articles, chatting with people I follow (fellow moms/mommy bloggers, reporters, Twitter friends) and tweeting about client- or PR-related stuff. One aspect of Twitter I adore is that there are characters from popular TV shows who are tweeting. Yes, I have tweeted with Jack Bauer, President Bartlett and Sue Sylvester. This makes me happy.

Q: What is your most popular tweet of all time?

A:  I have no way of knowing (tried Favstar.fm, but it only shows recent tweets, not all-time). I would say tweets relating to kids/parenthood get a lot of traction. I usually get a couple of RTs each day and between 2-5 new followers per day (not all real peeps, sometimes bots, scantily clad women or random SEO types). But it’s more important to me to participate in one-to-one chit chat with people. I actually consider some people my "Twitter friends.”

A: I used to but I didn’t put it there, my husband did. Not sure about the connection …

Q: What is the most obscure place you’ve tweeted from?

A: The bath tub, probably.

Q: How do you find the time?

A: It sounds overly simple but it’s just part of my every day. My iPhone is always with me on the go so Twitter is never more than a few feet away. At my desk, TweetDeck is always on. I have it set up in a number of columns so I can dive in every hour or so and snack on who’s tweeting what. Also, I’m a news junkie and Twitter is my “RSS feed”--my shortcut to breaking news. Throughout the day, Twitter-able things come into my mind and I just have to share right then and there--or the thought is gone forever.

A: Not at first; I considered myself old school PR, rising above all that social network mumbo jumbo. Then one day a few years ago, I started talking to this guy at work who was using it, he convinced me to give it a go, and was essentially my Twitter coach for the next six months. It was serendipity, and, I quickly realized, a match made in heaven for me as a communicator, social creature and extrovert. From there, I built Gomez’s social network presences and activity from the ground up … and kept on going. I am three tweets away from 13,524 tweets.

Q: How many of your followers have you met in person?

A: Well I have, as of today, 1,785 followers. Of these, I’d say I’ve met about 50. The highlight was meeting @eric_andersen, who is a Twitter machine and so incredibly well-connected. I learned a load from him and through him, got connected to so many other great local Tweeps.

Q: Are you active on Facebook, Google+ and Foursquare?

A: Yes, yes and yes-- to various degrees. Facebook is far more personal, between friends and family. There’s stuff I post there and not anywhere else. But then there’s stuff that I post to FB and Twitter. I'm still figuring out Google +--I don’t find the posts there so interesting/entertaining and there’s less chit chat. Twitter is my thing: the people and the content I’m interested in are all there. It’s never dull. I use Foursquare from time-to-time. I still haven’t figured out why.

Not a Serial Twitterer? Here’s Some Helpful Tips for Tweeting More