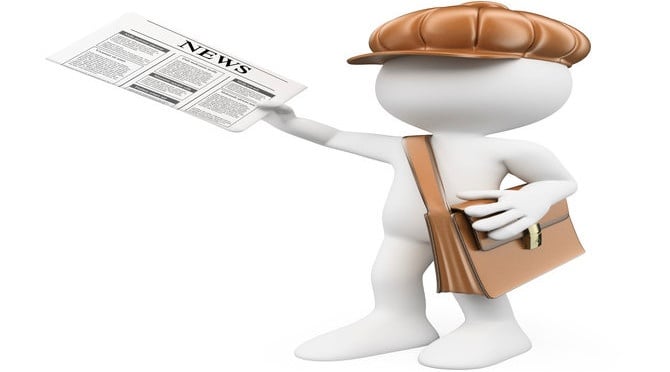 As a PR person, it's really important to keep up with the news of the day. In fact, being in the know is equally as important as all other facets of the role, almost on an as-it-happens basis. The truth is, with the frenetic pace of the day, keeping current with speed of breaking news while also being productive is a constant juggling act. As a news junkie, I was thrilled when news outlets took to Facebook and Twitter and began posting links to stories in the places I visit a few times a day anyhow.

This is the new era of news consumption. Gone are the days of the paper boy delivering the news to our door in the wee hours of the morning; instead, mobile has changed the way we consume news, a cycle that is 24/7 - no breaks. There is no such thing as the morning news or the evening news - news follows us via different mediums all day and all night. Twitter and Facebook have led the charge in recent years - according to recent Pew Research, news hounds are getting their fix on either Twitter or Facebook (63 percent respectively) up significantly from 2013 (52 percent/Twitter; 47 percent/Facebook).

Recently news consumption has evolved so it's delivered to where readers already are, versus having readers come to get the news. It's a huge shift known as "distributed content" that PR people need to understand.

How are social platforms adapting?

Everyone is getting in on the game, figuring out how best to entice publishers and content producers to get their news "into the stream" and in front of the huge mobile audiences. It all started with Facebook Instant Articles. Then came Apple News, an aggregation of the day's top stories designed to bring news stories to you; eliminating the need to have to go to a blog or the New York Times or BuzzFeed to get your news. Twitter has taken it to a new level with its launch of Moments, a new feature that allows users to flip through trending news, all nicely edited and aggregated by humans who provide users with a simple way to engage with current events. It's quick and dirty, not in-depth, and is great for steering readers toward the news they'd like to explore further. Similarly, Facebook's "Trending" feature gives users a look at what's happening now - serving up full-length news stories from major sources (think WSJ, NYT, etc.). The best part about Trending is that it's smart - showing news relative to popularity, geography, and interest. Then came Google AMP, designed to dramatically improve the performance of the mobile Web to deliver rich content instantly regardless of device.

For Millennials who think Facebook and Twitter are for their parents (I beg to differ...), super popular Snapchat has been in on this action for some time now, too. Snapchat's Discover offers Stories, just like our personal Snaps - but sponsored by major news outlets and delivered in brief editorial packages. Short and sweet. Just like our attention spans.

As the "on-demand" generation, this is about as on-demand as it gets.

Publishers get on board

The major shift taking place is that many major media outlets are no longer publishing exclusively to their own properties (which is crazy if you think about it). The Washington Post, Business Insider and The Huffington Post all publish to Facebook Instant Articles. CNN, Vox Media, TIME and Wired were among the first wave of publishers on Apple News, while U.S. News, New York Times and Buzzfeed got on board with Google AMP.

The proverbial paperboy is still delivering to your doorstep - only the doorstep is your computer or mobile device or tablet. And even then, the news is following you, not the other way around. Clearly this means media outlets have had to adapt the way they publish (and monetize) news if they want to remain competitive and relevant.

So what does this mean for PR? Smart PR people understand that securing media coverage with publications who are distributing their content into this new stream is the way to get vast amounts of more eyeballs on their stories. In parallel, there are also clever ways to feed our owned content into the stream via Apple News and LinkedIn Pulse.

Is this the end of conventional media output as we know it? Not quite. Publishers still have to maintain their sites both for readers and advertisers, but the pressure to dive into the evolved media stream is on, and publishers who stay on dry land will definitely be left behind.

And yes, you'll be able to see this blog post in your LinkedIn feed.