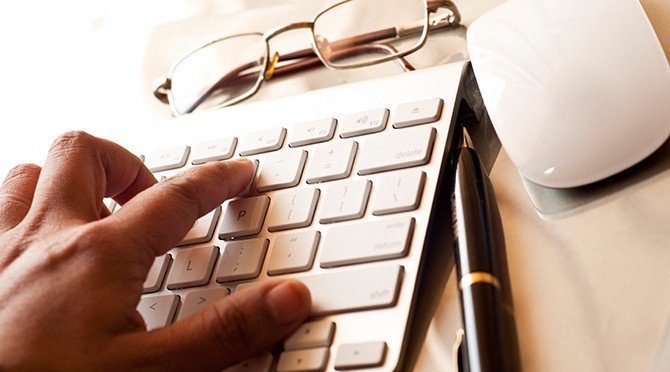 Writing is hard. You have to have a point, make that point succinctly and persuasively, and follow a whole bunch of rules and journalistic standards while delivering that point. But writing is part of your livelihood as a communications professional, and whether it’s a press release, blog post, or LinkedIn update, strong writing is what can set you – or your clients – apart.

As with any skill, there are a lot of “little things” that can make the difference. Adding some phrases, eliminating others, adjusting sentence structures here and there – these nuances all can add up to significant improvements in your writing skills. Luckily for me, a former AP reporter and a former Boston Globe editor sit within a 20-foot vicinity of my desk at InkHouse, so I’ve been able to pick up a few scraps of their wisdom from them and our other talented writers and apply it to my writing. This isn’t meant to be flashback to high school English class; it’s more about refining some of the little things that add up.

Here are a few examples to help tighten your writing:

Remove “that is,” “that are,” “which is,” which are” – Did you know you can eliminate these phrases/clauses from pretty much ALL of your writing? Let’s use this recent quote from Senator John McCain as our guinea pig:

McCain went on to call Russia: “A gas station run by a mafia that is masquerading as a country.”

Now, with my track changes:

McCain went on to call Russia: “A gas station run by a mafia that is masquerading as a country.”

The sentence maintains 100 percent of its meaning and becomes that much tighter. This tip doesn’t apply always – that is to say, there are times you will need to use these phrases – but it’s a nice way to tighten a sentence and can be particularly useful if you’re trying to cram a thought into 140 characters.

Get aggressive. A lot of us fall into the habit of starting sentences with clauses like “when it comes to ____” or “in regards to ____.” In most cases there are better ways to write a more active and engaging sentence.

When it comes to golf, no one is more recognizable than Tiger Woods.

No golfer is more recognizable than Tiger Woods.

The difference between the two is negligible, but the latter reflects one of those “little things” that add up to a tighter writing style.

Kill the extra commas. We could write whole articles about comma misuse (and some have), but one quick idea for you to think about: when starting a sentence with something like “On Tuesday” or “At the end of the month,” you don’t need a comma before the next part of your sentence. My rule of thumb is that if you can put the word or phrase at the end of the sentence without a comma, you can do so at the beginning as well. “This afternoon I’m going to the movies” or “In 2008 Dustin Pedroia won the AL MVP” is perfectly fine, for example.

Instead of: Retailers today should be thinking of the mobile device as an asset, not an enemy.

Go with: Retailers today should be thinking of the mobile device as an asset, not an enemy.

Read a lot of newspaper stories and you’ll notice strong, declarative sentences like the latter – a good example to follow.

Remember: & ≠ “and.” This is a minor but important clarification, so unless you’re really tight for space on a tweet, save the ampersands for the legal and accounting firms like Dewey, Cheatem & Howe. The cranky grammar people will notice ampersand misuse, whether it’s your boss, your client, or your customer.

These guidelines might seem nit-picky or overanalytical, but often times the difference between marginal writing and strong writing is as simple as making a few minor tweaks. What other advice have you been given that you’ve found useful?