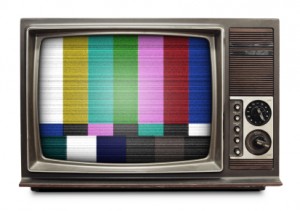 For PR from TV: 5 Tips on How to Get Coverage

As a former TV producer, I worked with great PR professionals who helped me find experts and interesting stories for my shows, often at a moment’s notice. I dealt with many PR people who had bad timing and bad story suggestions; they were doubly clueless.

Recently, I was with a group of friends -- TV producers, anchors and reporters -- when the topic of bad pitches came up.  We laughed about the lazy ones, and others that were just plain bad, which I think @DearPR covers regularly.

Instead, I thought I’d focus on five things to do right. Here are tips from me and my TV friends.

The number one PR complaint from TV professionals is being pitched stories and guests that just don’t match up with their shows’ topics, format or time slots. When I was a morning show producer at a local network affiliate, publicists often suggested guests for cooking segments. But my show didn’t have guests and we certainly didn’t have a demo kitchen.

A morning show segment producer whom I work with often wishes PR people understood that the harder-hitting stories typically come earlier in the broadcast and topics get fluffier as the show goes on. “Know that we don’t do style segments at 7:55am,” he suggests.

If you want to actually land an interview, DVR the program for a week and study it. Understand how to make a concise suggestion on where your idea fits and who would be the appropriate anchor or reporter to tell it.

2. Know my competitors and don’t pitch me their stories.

One of my dear friends who produces a brilliant show on CNN recently forwarded me an email she received offering guest commentary on a developing news story that CNN was covering. The sender started the email by citing stories on the topic from other competing networks. Which leads to the next tip: They don’t want to be sent stories done by their competition and they certainly don’t want to repeat another station’s story. You wouldn’t pitch the Wall Street Journal by sending them a New York Times story. Don’t do it with broadcast either.

If you want to land the Today Show, understand what time the show is on the air and don’t bother to call producers then. Observe the Twitter feed of the producer you are trying to connect with to see when they are clearly near their desk. Or even better, just ask when they typically have a few minutes to chat.

My husband, David, is a TV news anchor and gets dozens of pitches daily that should go to the assignment desk or a producer. That’s not the problem, though. The issue is the fake personalization of emails that begin with  “Hi Dave.” No one except his friends from high school and his parents ever call him that. Immediate delete. Before you pitch a TV reporter or anchor, watch the program and see what the other personalities on the show call him or her. Don’t pretend to be friends. Same goes with producers; don’t pretend to be long-lost pals if you’ve sent them an email once or twice. Be real and have a good story for them.

One of my friends has been pitched on his Facebook page. Aggressively calling and emailing a person to get them to hear your pitch is one thing, but don’t cross the line to stalker. If you have connected on Twitter, DMs are OK. But Facebook is different. It’s personal.

TV professionals are busy. And news cycles are short. Keep up with changes on the shows, the people who host them, and most importantly watch the show before you pitch.