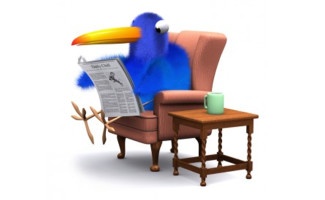 Did you know that in 2010 the Library of Congress tried to archive every single Tweet? Guess what? In 2016, they determined it was a pretty hard thing to do. And while the Library of Congress struggles to archive the Tweets, Twitter is keeping them on their toes by continuing to look for new approaches to make it easier for users to engage followers and of course, tweet. Twitter kicked off the summer by announcing new features - Twitter Dashboard, Twitter Engage and Stickers. Since then, their team has been hard at work and have delivered expanded features designed for users, including:

1. Twitter Verified: initially launched in 2009, Verified was created to let people know if a public figure's account was, indeed, authentic. Now, it is available for all users. This is a great opportunity and tool for communications professionals who are responsible for communicating messages from thought leaders or brands to confirm that the source is indeed authentic. Twitter is interested in verifying accounts that belong to a person or a company and recommends that their Twitter handle reflects the real name of that individual or company. If you are submitting a request, Twitter will ask that you detail the impact that person has had on their industry while corporations need to share their mission. You can start the process of applying for this "elite" status by completing and sharing this form with Twitter to make your case for why they should verify your account. Once verified a badge will appear next to the account name.

2. Animated GIF sizes have been expanded from 5MB to 15MB (this is massive - three times the original size!) This move supports Twitter's trend to make it easier to post media from various platforms - and we all know that visual content boosts social engagement. Specifics can be found here. Note that the photo limit remains the same, along with the GIF limit for mobile uploads.

3. Twitter Moments: designed to curate tweets that follow a specific news story or conversation as they develop, will soon be open to brands and influencers. When it was initially launched in 2015, only a select few had access to it, mainly publishers and media companies. So get thinking about how you might incorporate Twitter Moments into your brand's PR and social programs because it'll be available soon.

4. Just in time for the Rio Olympics, Twitter introduced over 207 team emojis so that users around the globe can cheer on their favorite teams through text simply by tweeting the three-letter country code hashtag. But if you are a marketer thinking about linking your campaign to the Olympics, you might want to read up on the International Olympic Committee guidelines on intellectual property.