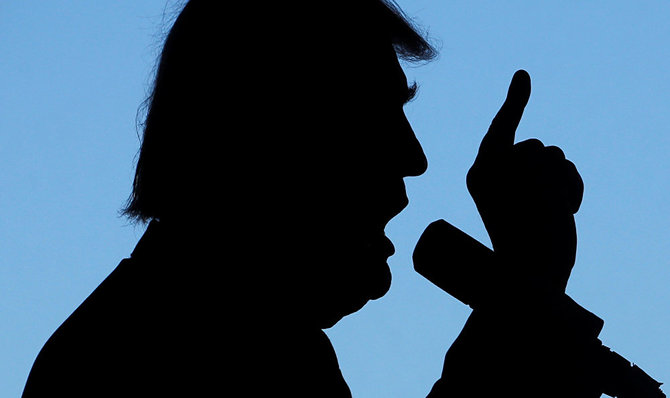 By Elizabeth Yekhtikian and Sam Whitmore

The last month has been unprecedented in how we look at the world, our nation,  the media and ourselves. With a new president in January, it seems all industries and people are taking a hard look at how things may change. We recently shared our perspectives on how the Trump election and the increase in fake news could impact the PR industry. Now we are asking, how do the tech media feel about Trump at the helm come January? Certainly international and business reporters have not been shy about how they view a Trump presidency playing out for journalists:

And Washington Post editor Marty Baron warned the worst is yet to come in terms of Trump’s denigration of the press:

.@washingtonpost editor Marty Baron has a message to journalists in the Trump era. (And he quotes @camanpour.) https://t.co/3lERyNz0WP pic.twitter.com/zS5rhTcJRe

News veteran Sam Whitmore and I decided to find out how tech media are feeling these days now that the dust has settled. We spoke to a few reporters who shared the following thoughts:

Forbes and Inc. contributor Peter Cohan reasoned that people who consume fake news are not swayed by true news – they are just looking for stories that make them feel good about what they already believe.  “There are still plenty of people who want the truth and they will be happy to consume excellent reporting – hopefully they will be willing to pay enough for that to keep it afloat as a business."

He added that he believes there will be tremendous opportunities for reporters to serve the public           interest during the Trump administration.

Jason Sanchez, video producer for Time and Fortune indicated never in our lifetimes have we had a President-elect go after individual journalists before or a President-elect this active on social media, and in the most personal way before.

Sanchez remarked that this is very different from long established norms. It's one thing when a               pundit or an activist decries the press or press coverage of a specific issue. This happens all the           time and sometimes, those criticisms are valid. It's quite another thing when the President of the             United States calls out the entirety of the press as corrupt liars. That sort of language seeks to               undermine the legitimacy of a free press.

Sanchez warned that Trump will “seek to intimidate and bully the media into not covering both his           policies and his actual words. Media outlets should ignore that bullying and do the job they are               supposed to be doing - being an avid watchdog and check on power of the government. “

And Matt Lindner, Chicago Tribune and Internet Retailer reporter was bullish “A Trump presidency isn't journalism's death knell. His administration is going to try to silence and obfuscate journalists in a way that we've not seen any United States president in history try and do so, and that's only going to make staffs at places like the Jeff Bezos-backed Washington Post and the New York Times all the more determined to uncover whatever it is he's hiding.”

Asking for anonymity, a veteran Tier 1 scribe said, “I think tech reporters like me would be dragged into more policy-related stories, such as the tech sector versus Trump on immigration policy or the tech sector and Trump on returning overseas cash.” Certainly, coverage of the President-elect’s December tete-a-tete with Silicon Valley chiefs -- and its aftermath -- will come at the expense of stories that might otherwise have been pitched and written.

Another tech edit vet said: “Yes, the media is much less credible. And as the profit potential for fake news increases, this trend will only get worse.”

Let’s examine this “profit potential for fake news.” The reporter meant, “Hey, you can monetize all those clicks!” But it means something more. Did you catch indie PR vet Shel Holtz’s Nov. 16 blog post titled “PR needs to be ready for fake news targeting companies”?

Allergan’s Botox will soon be available for dog and cat cosmetic treatments!

Engineer due to testify in case against Bechtel found shot to death!

None of these stories, of course, are true, nor have they appeared anywhere. I made them up. But that doesn’t mean these stories and others like them—stories that could influence perceptions of your company and affect its sales—couldn’t appear on some obscure site you’ve never heard of and spread like wildfire through social media.

You know that comforting white-on-blue check mark you see next to a Twitter handle, that proves someone is truly who they say they are? Are we headed for a world where media outlets require something similar? If so, who should do the certifying?

Lots of questions, few answers yet.

One thing is for sure: America and its media have not passed this way before. So let’s all remain informed and connected and make the best of this historic ride.