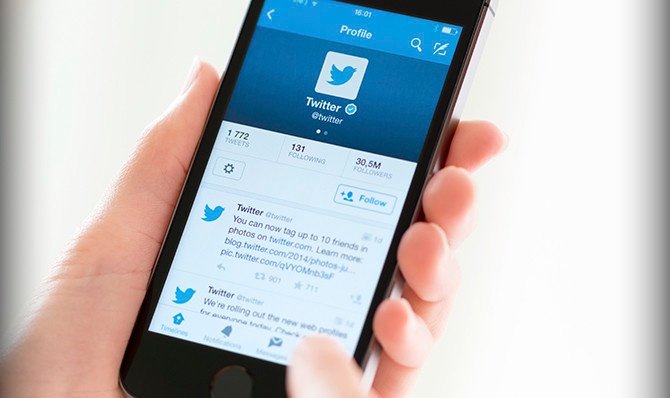 Since its launch in July 2006, Twitter has transformed from a place for sharing 140 character tweets about food (check out these throwback first tweets for evidence) to a platform where news is made, shared and discussed in real time. According to Twitter, one billion tweets are sent every other day. There are 320 million active users and three-quarters of the world's leaders have handles. Four out of five journalists use Twitter to reach out to sources, find information and run searches. In turn, Twitter's user base is there to find news: the American Press Institute reports 86 percent of users turn to the platform for news, and 74 percent do so daily.

Twitter has recognized its utility as a news gathering tool, adding new features like Moments, Polls and enhanced DMs, that make it easier than ever for journalists to uncover news, find sources and track ephemeral trending cultural moments like #DadBod or more recently, #PopeBars.  At the same time, Twitter has proved a boon to PR people everywhere, helping us better understand the media's likes and dislikes and offering another tactic for outreach outside of more traditional emails or phone calls. But what do reporters themselves have to say about how they are using Twitter as a tool to support storytelling and drive awareness?

Recently, MuckRack hosted a webinar with Twitter's Manager of News Partnerships Niketa Patel and MuckRack EVP Natan Edelsburg to explore the evolving ways reporters rely on the platform. To frame the discussion, Edelsburg shared some research from MuckRack's survey of journalists and their social media preferences. Here are a few statistics that stood out for PR:

Reporters look to Twitter as a place to build connections, contextualize news and broaden the reach of their stories. Notably, as a platform built around sharing, many reporters may be more comfortable interacting with communications professionals in this setting. Don't be afraid to follow and interact with reporters you're looking to build a relationship with, but, as with any relationship, be real and be polite. At an event, you wouldn't march up to a reporter and demand they hear your elevator pitch. So don't do it on Twitter either. Many a great story has been built on the back of friendly Twitter discourse with a reporter and at the very least, it makes a journalist that much more likely to recognize and open your email in their inbox.

But beyond tweeting about Scandal with PR people, how are journalists using Twitter to drive traffic, grow their personal brands and add depth to their stories? Twitter has become a machine for driving traffic to publishers, demonstrating the ability to turn a single story into a global phenomenon. This is known, according to Twitter's Patel, as the"cascade effect." Perhaps no story better illustrates this phenomenon than #TheDress. At 5:50 p.m. on February 26, @Buzzfeed shared a tweet with a picture asking:

In just three hours that enigmatic tweet generated more than a million page views to Buzzfeed's website and spawned a global #TheDress news event with coverage spanning from the Today Show to the New York Times.

Beyond sharing news, journalists are increasingly using Twitter to monitor breaking news and follow live events. Tools like native video, Periscope and Vine are playing a vital role in bringing moments to life in real time and allowing everyone from journalists and lay people, to companies and institutions to share what's happening around them. Patel cited one example of how native video editing tools can help shape news. When President Obama sang "Amazing Grace" during his eulogy for slain South Carolina senator Clementa Pinckney in Charleston, the White House used Twitter's native video editor Snappy TV to capture and share the solemn and now immortalized moment.

“May God continue to shed His grace on the United States of America." —@POTUS http://t.co/14Z3HnNi8v

Similarly, journalists are using live streaming apps like Periscope to bring their audience along on their reporting trail. Indeed, Periscope has become a tool for capturing in real time the reality of some of the world's most pressing crises. For example, chief correspondent for Germany's BILD Paul Ronzheimer (@Ronzheimer).

Beyond video, journalists are increasingly utilizing new tools like Polls, to test the temperature of their audience on everything from who's winning a presidential debate to what questions to ask in interviews, and Moments, to help surface and visual trending events. Twitter even has a whole team in New York dedicated to curating Moments and working with publishers like Getty to surface images that will help tell these emerging stories. It's clear that curation remains a top priority for journalists, and therefore Twitter, so expect to see more tools in the pipeline aimed at surfacing the best, most relevant and valuable content. For PR professionals, understanding and utilizing these tools will be vital to ensuring that earned and owned content makes it into these increasingly curated streams.