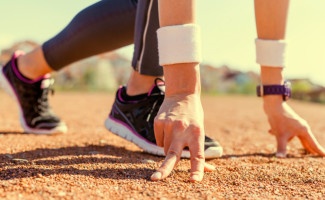 Closing ceremonies took place only yesterday but, if you’re anything like me you’re already having Olympics withdrawals. I’ve spent more time watching TV in the last two weeks than I have all year, and I feel incredibly invested in each Olympian.

However, the more I watched and read about each Olympian, the more I realized they’re incredibly similar to things I regularly keep up with: marketing campaigns. That might seem like a stretch, but they’re really more alike than you think. Here's why:

You don’t have to be #1 to be the most talked about.

The women’s 5,000 meter race is solid proof of this. Nikki Hamblin of New Zealand and Abbey D’Agostino of the U.S. finished 16th and 17th, respectively, but they’re still being talked about. When they collided 3,200 meters into the race, they helped each other up and eventually finished. They didn’t win a gold medal, but their sportsmanship won headlines.

When it comes to PR and marketing campaigns, you don’t have to be the largest or most well-known company; creating something that people can’t stop talking about is way more important. The power of word-of-mouth is prevalent now more than ever and social media makes it easier for your audience to keep talking about a creative company or product for years to come.

Newcomers can win hearts, too.

Let’s back up to the Olympic trials, when there are a ton of newcomers on the scene fighting for a chance to perform on the big stage alongside the seasoned veterans. When they finally make it to the competition, everyone is curious about how they will perform. Take Simone Biles, for example. This was her first time competing in the Olympics and she is now considered one of the best gymnasts of all time.

Back in 2014, an up-and-coming company called GoldieBlox was the first small business to air a commercial during the Super Bowl network telecast. Fast forward two years and they’re still feeling the love from that very campaign.

You can find success with a new partner.

Once competitors, Kerri Walsh Jennings and April Ross teamed up to compete together in the women’s beach volleyball tournament. They fell short of their gold medal goal and brought home a bronze; but when you consider the fact that they’re competing against some of the best athletes in the world, I’d call that a success.

We see companies merge all the time and, similar to having a new partner to compete with in order to gauge success, these companies have customers to keep happy. Take Anheuser-Busch, for example. When they were bought by a Belgian-based company, they worried that their American customers wouldn’t be supportive; however, both companies worked together and rebranded as “Anheuser-Busch InBev.” And the re-branding campaign worked: today Anheuser-Busch’s two leading beer brands, Budweiser and Bud Light, account for the majority of American beer purchases.

End on a high note.

All good things must come to an end, but knowing what the end looks like is key. Michael Phelps is the most decorated Olympian of all time and while it might seen like he could just keep swimming, he has announced his retirement - for real this time - with 28 medals under his belt.

Similarly, one of the most important parts of any great campaign is having a designated timeline, which includes when to start and finish. Sticking to a hard date will ensure that the campaign doesn’t drag on and fizzle out. After all, the goal is to improve the relationship with your audience, not to force it.

You can learn a ton from both Olympians and marketing campaigns. They might seem like they’re on opposite ends of the spectrum, but their similarities are endless. When it really comes down to it, though, the great ones are the ones you’re going to remember forever.