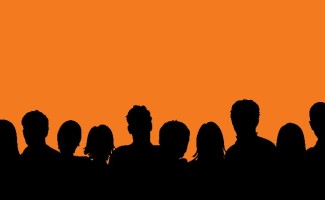 Lanyard-laden and ready to talk encryption, the cyber security community took San Francisco by storm last week at RSA Conference 2016. Our team from InkHouse West was also there, supporting our security clients attending the conference, meeting with reporters and sitting in on keynote addresses from leaders in the security space.

Here are four things we took away from our time at RSA:

At this year’s conference, much of the discussion centered on how security is broken. To fix this problem, many legacy security companies discussed ways they were innovating and changing their brands to keep up with the wave of change sweeping through the industry.

2.    AI is finally coming around the mountain.

Several times during our stay at RSA we heard speakers, vendors and reporters talk about the increasing role that artificial intelligence will soon play in security. Experts at the conference predicted that AI will eventually replace human interaction and the need for many functions people now hold, such as human interpretation, learning, etc.

3.    Privacy concerns rise in the wake of Apple vs. the FBI.

With the news of Apple’s battle with the FBI to protect users’ privacy, it isn’t surprising that balance between privacy and security was a major theme at this year’s conference. While vendor opinions were a mix of Team Apple and Team FBI, RSA’s president had some strong words for the FBI and its desire to get a backdoor.

4.    Collaboration will soon be king.

It seems as if almost everyone emphasized that the security industry needs to start playing as a team. Unlike other sectors, security has lagged behind in embracing collaboration. The industry needs to share information much more freely. Not only will collaboration be a more efficient way to counter attacks, but it will also create a safer world for all of us.

The security landscape changes almost daily and attacks will only become more common and more complex. To shore up our systems, it will take brilliant minds working together toward this common goal. The next year should bring great things in security and we’re proud to be working alongside those who are working to build a more secure world.