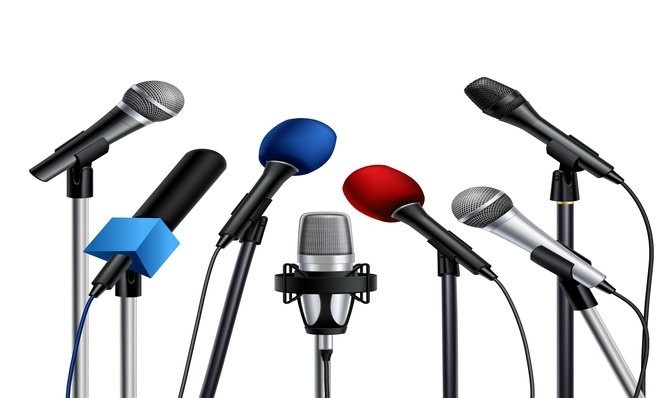 If content is king, then syndication is content’s heir apparent. And content platform Medium is quickly leaping through the ranks to become the darling of the content world, even beyond syndication. In addition to content creation and syndication, Medium has also taken shape as a sleek platform where presidential candidates can publish their messages without submitting to the often editorialist nature of the media.

Adding a content platform like Medium, in addition to social media and traditional media where messaging can sometimes get lost amidst the noise of opinion, has opened up a whole new opportunity - a direct channel - for reaching the public. And it’s no longer unusual to find "name brand" politicians using the publishing platform as a means to an end. In fact, during this raucous election season, many presidential candidates have made Medium their home. And they are not the first.

In 2014, Barack Obama first used Medium as a way to reach Millennials. He still posts there. Hillary Clinton posts there, too. (Donald Trump does not but uses Twitter very regularly.) Former presidential hopeful, Carly Fiorina, uses the platform regularly; previously to post campaign updates and now to keep her message alive. Notably, Mitt Romney announced that he would not be joining the race to the White House via a Medium post and continues to candidly add his thoughts on the state of the presidential race.

Not via traditional media. What an interesting twist!

Created in 2012 by Twitter co-founders Evan Williams and Biz Stone, Medium was designed to provide social fans a platform where they could express themselves in longer form than Twitter’s signature 140-character word length - or in medium length form. Micro blogging was in - Twitter boasted 170 million active users in 2012 - but there was still an appetite for long-form writing inspiring Williams and Stone to create the hybrid blogging/publishing/social site. Add to that an algorithm that pushes stories you might be interested in, and it's easy to see why Medium has taken off.

Medium is changing the media landscape - or it’s become a very close brother to traditional media - with everyone from reporters to companies, celebrities and regular people, taking their news and posting it on Medium. At the very least, if you’re a blogger or a company or a reporter or a writer posting articles or blogs anywhere else, you’re missing out on an entire audience if you’re not also re-publishing your original content on Medium.

Other platforms have taken notice of the power of Medium: in February of 2014, LinkedIn announced it was opening its publishing platform to its members, adding massive value to executives' professional profiles and a new way of consuming info for regular users without attending costly conferences. Not only does LinkedIn publishing offer the chance to read and gain insights from members you admire, but it also affords the opportunity to break through the noise by showcasing your unique thoughts, superior writing style, and all-around smartness.

Facebook Notes also got a facelift in 2015 in an attempt to drive more publishing action. Despite (or maybe as a result of) the fact that it’s literally connected to users’ networks, it hasn’t driven as many users as Medium or LinkedIn.

The media industry has undergone a complete one-eighty since the penny press was invented in the 1830s, and Mr. Johannes Gutenberg would certainly be having an identity crisis if he were alive to witness the transformation from printing press to online. Digital journalism has turned the media industry on its head and it shows no sign of letting up. The question is, what's next?

For starters, publishers are beginning to leverage Medium as home for their sites. Political site, ThinkProgress, recently announced its plans to move its entire site to Medium. With limited resources spanning across the whole online publishing industry, the ThinkProgress editor decided to outsource the technology and maintenance resources necessary to run an online site so it could focus instead on creating great content. Time will tell if others follow suit.

It will be interesting to witness how the rest of this election season plays out both on social and via digital media - including Medium. The unfiltered writings of candidates offer a previously invisible look at the players - and makes their ideas and platforms more accessible to the world at large. It’s a game-changer and I know I’m not alone in my curiosity about how Medium will be used to reach the public and how it will innovate to add even more value to the publishing world.