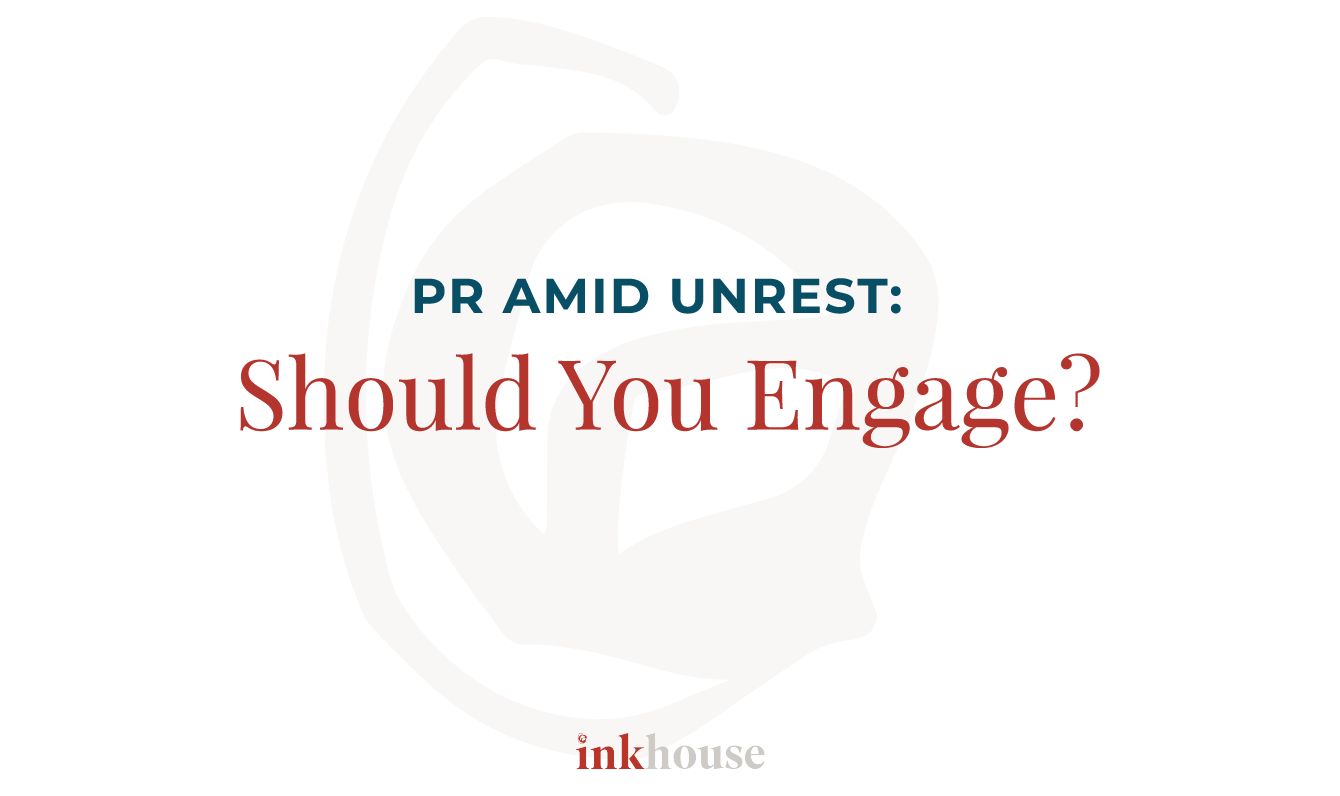 PR Amid Unrest: Should You Engage?

Following the violence at the Capitol last week, external communications are complicated. Organizations are wondering how to handle it if employees were involved. They are considering whether they should put out statements regarding their position. And they are wondering if they should postpone proactive PR campaigns.

First, we need to look at what’s happening. Twitter, Facebook and Instagram have banned the president from using their platforms due to content policy violations. Twitter’s statement is here, and Facebook’s is here. Many had flocked to the alternative social media platform, Parler, until Apple and Google demanded that it implement moderation to eliminate posts that incite violence. Then Amazon Web Services (AWS) stopped hosting Parler, which is currently offline and is planning to sue Amazon. Social media has a long history of mis-information problems and these events will only amplify this issue.

On the media side, journalists have become targets and face threats of violence. They have my deep gratitude. At Inkhouse, we work with the media every single day, and their courage, integrity and hard work has never been more critical. This Politico play-by-play from reporters who were stuck in the Capitol during the riot provides a first-hand look at what they faced. Among them was Olivia Beavers, a Congressional reporter, who tweeted this screenshot from Parler before the network was taken down:

Continued unrest is predicted in Washington, D.C., and across all fifty state capitals, according to an FBI alert. It will consume a great deal of the media’s attention and concern leading up to the inauguration on January 20. This includes non-political reporters, as the tech media will be following the social media and big tech backlash stories closely.

What does this mean for external communications? A tweet earlier this week read: “2016: Maybe it won’t be that bad. 2021: the Axe Body Spray Corporation stands firmly against the attempted overthrow of the US government.” That’s where we are. Before you issue a press statement, comment on an employee’s involvement, or post reactions on social media, consider the following:

The bottom line: be prepared for potential crises, and enter intentionally into controversial public conversations. In the coming months, Inkhouse will embark on a blog series regarding facts and truth. We’ll cover how the media check facts and maintain impartiality. And we’ll look at how to spot fake sources on social media, and discuss the difference between Op-eds and reporting. For now, I’ll leave you with a link to the media’s code of ethics, the first of which is to seek truth and report on it. And the PR industry’s code of conduct is here as well.