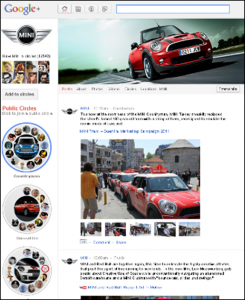 PR and Social InkLings for the Week of November 14

Wendy’s has gained 33,000 Twitter followers within a month’s time with very limited ad support – an accomplishment matched by few brands. How did they do it? The fast food giant created an online “game show”to promote its new burger using the handle @GirlBehindSix, a reference to the open slot on Wendy’s menu. Fans and participants of the game show received cash prizes, shark sleeping bags, mopeds, and, according to the ad agency behind the campaign, “other things you wanted, but would never buy for yourself.” Was the campaign a success? Well, I’ve never wanted a shark sleeping bag (*blatant lie), and am a vegetarian, but here I am talking about the new burger and its cool contest.

Google+ for Your Business

There have been mixed reviews of Google+ since its inception, but now that it is offering pages for brands, people might be changing their opinion about the social networking site. Creating a business page may prove slightly challenging at first; if you haven’t done so already, create a personal account for yourself to familiarize yourself with the features and then check out these great tips from Social Media Examiner. This new addition may be Google+’s smartest move yet, as last week was the site’s third-biggest in terms of U.S. traffic with 6.8 million visits. Is your brand on Google+, and if so, what are your thoughts?

Daily deal sites remain extremely popular, and Yipit is now taking its success to the next level with an iPhone app. Just in time for the holiday shopping season kick-off, consumers can now use the mobile version of the “My Deals” feature to search through Yipit’s 800 deals to receive top product recommendations. So, unless you’re looking forward to waiting in a line at 3:00am on Black Friday, click here and simplify your shopping. 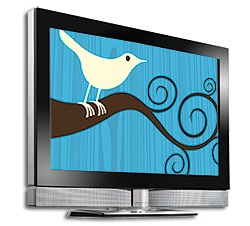 In an unprecedented move, the Sundance Channel has announced its plans to premier the new season of its returning show Girls Who Like Boys Who Like Boys exclusively on Twitter. This is the first time that Twitter has been used as a TV platform, however, last spring, Paramount released a movie trailer via the site. This is most likely a very smart move for Sundance, as it can leverage the show’s already large social following to encourage regular viewership. Will other networks be following suit? Read more here.

Changes to Apple’s Board

This week, Apple announced the first changes to the board since the death of co-founder and former CEO Steve Jobs in October. The company’s new chairman of the board is Arthur Levinson, chairman of Genentech Inc. Apple also appointed Robert Iger, the chief executive of Walt Disney Co., as a director. Jobs was on Disney’s board before his death and the two companies have had a longstanding relationship. Apple is optimistic that these changes will support the company’s future success. Interested in learning more about the others that fill out the board’s ranks? Click here.

A Fresh Voice for the Crimson
http://youtu.be/bS7McbxyZnY
Harvard University has never had an issue with brand awareness, but a few years ago, the school turned to social media to change its stuffy reputation. Through marketing efforts led by its first chief marketing and communications officer, the Ivy League leader continues to attract prospective students by telling its historic story through new outlets. Read Mashable’s interview with the man leading the academic marketing charge here.