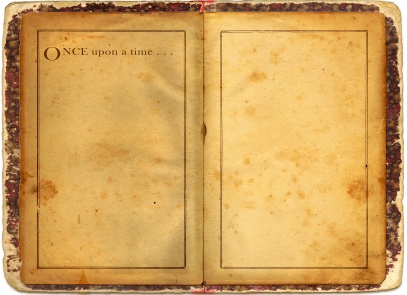 PR Tips from the Land of Happily Ever After

Fairy tales seem to have come into modern media vogue this past year. Between shows like “Once Upon a Time,” “Grimm,” and now “Snow White and the Huntsman,” these age-old stories have been given new life (for better or worse), complete with special effects and eerie soundtracks. But no matter what lens you view them through, there is always something to be learned. They even have some PR advice to share!

The Hare darted almost out of sight at once, but soon stopped and, to show his contempt for the Tortoise, lay down to have a nap. The Tortoise trod on and trod on, and when the Hare awoke from his nap, he saw the Tortoise just near the winning-post and could not run up in time to save the race.

Although the message of Aesop’s version of “The Tortoise and the Hare” was actually far more ambiguous, as we know it today, this is the classic tale of “slow and steady wins the race.” This seems to illustrate something that we constantly remind ourselves and our clients of here at InkHouse: those BIG announcements—such as a product launch or a rebrand —might be helpful as benchmarks for a board and fodder for a sales team but they are not enough in and of themselves to drive a successful communications program.  Rather, it is the steady stream of ongoing coverage and contributed content coming out of consistent thought leadership efforts that will ultimately drive a successful PR and marketing program. As Beth wrote in a post earlier this year, “the launch is simply the first step in a long journey.”

Hans Christian Andersen’s story of “The Emperor’s New Clothes,” perhaps the earliest recorded version of the suddenly-naked-in-front-of-your-high-school nightmare, is often cited as a cautionary tale about the nefarious power of “spin.” Two weavers come to town and manage to convince everyone that they can make the finest clothes in the land, but that they will be invisible to all who are too incompetent and stupid to see them. So successful are they in their “spinning” that every courtier and even the emperor himself are forced to feign admiration lest they be labeled one of the imbeciles. Finally, however, as the emperor proudly struts his stuff through the city, a child from the crowd cries out the truth and suddenly the illusion is broken and all that remains is the embarrassed emperor, fully in the nude.

So yes, it’s true that those weavers present the epitome of bad “spin” —using the power of persuasion as a con trick. But I think there’s a related lesson here: make sure your story is grounded in reality. No matter how good your spinning is, if you are not working from fact, eventually you will be exposed. We often recommend grounding our clients’ communications programs in data for exactly this reason. Start with the raw materials, the actual data and facts you know, and build the story from there. That way you can be sure that you won’t be challenged.

Mirror, mirror on the wall —who is the fairest of them all?

“In Snow White and the Seven Dwarves,” the story often focuses on Snow White traipsing around with Dopey and Doc, but while there are plenty of lessons to be learned from her —don’t accept food from strangers, for one—there’s an important PR strategy lesson in the queen’s story as well. Chanting into her mirror day after day, the queen became obsessed with comparing herself to others in the land, ultimately pursuing this obsession to the detriment of everything else. Maybe if she’d spent a little less time worrying about her beauty rankings and a bit more time actually governing her kingdom, she could have become a successful and popular queen—an achievement which no doubt would have made her far “fairer” in the eyes of her subjects.

It is certainly vital to stay up to date on what competitors are doing in the space, the messages they are distributing, and their traction in the media—not to mention keeping close tabs on claims they may be making in their own PR communications. But focusing too heavily on an “us vs. them” mentality in your communications program can lead you down the rabbit hole (to mix in another story altogether!) into petty one-upmanship. Rather than simply reacting to competitors, focusing instead on your core objectives and thought leadership will ultimately allow you to outshine your competition through value and creativity.