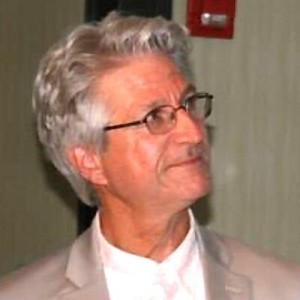 We are living in the attention economy. Everyone and every company is beckoning to us look here, no here, no over there! No one follows this trend more closely than Sam Whitmore, founder and editor of the Sam Whitmore Media Survey and veteran journalist. He sat down with me to answer a few questions for InkHouse about what he is seeing in the media as it searches for a new business model and responds to the preferences of a changing audience. 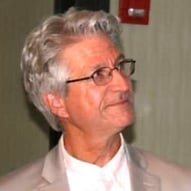 InkHouse: Last year, long before Facebook rolled out Instant Articles, you told me about the impending transformation of the home page – a move toward social media platforms taking over the territory of the traditional home page for news organizations. What are you seeing?

SW: Media brands are seeking traffic sources in new ways. A growing part of their audience will never come to their sites because they won’t leave the social platform. Think of the on-site facilities of a property like Sandals in Jamaica. You never need to leave the resort.

Last fall Vox Media (publisher of SB Nation and The Verge) raised $46 million, some of which is earmarked to explore publishing on Facebook and LinkedIn (and in May it acquired Re/code). Right now publishers are already talking to Twitter, Facebook, Pinterest and LinkedIn about their analytics and content management systems. Social platforms want media brands to publish on social. Social media will become a parallel publishing world. By no means are websites dead, but it’s going to be a parallel universe.

InkHouse: We are living in an “attention economy” as you call it, which has meant that many voices are vying for our attention in louder ways. Yet, at the same time, is long-form content is making a comeback?

SW: A lot of the stories that used to get printed in previous generations at publications like The Wall Street Journal and The New York Times don’t get run anymore because the traffic isn’t there. Yet, there is still an appetite for those kinds of stories. Take The Information, where Jessica Lessin looks at stories she knew the WSJ would want to report, but couldn’t because velocity mattered more than depth. So she opened her own shop to do the kind of work that she knew could be done and she is using the subscription model, which is doing very well. Other examples of long-form content platforms include Medium, although Medium is moving to shorter form content too. Overall, the existence of these publications and platforms has been a reaction to the failure of the titles of our generation and our parents’ generation, which are exiting the business of planting intellectual flags and saying, “these are the truths of our day.” These new properties are filling the void.

InkHouse: What is the impact of engagement science on the news?

SM: As the demise of the home page accelerates, media properties will have to rethink what goes on their home pages. They will become more like real-time newsrooms. Physically, they will turn into cockpits with gauges and charts. Those real-time instruments will be the reason you go there and the home page will cease to be a white board of their best words on pages.

What does that mean for coverage? Some will say we have to take trend-jacking to a new level, but I think PR people should fight data with data. PR agencies need to capture as much data exhaust as they can – the analytics about what type of content attracts and keeps audiences. PR people will need to mirror what the news media are doing. In the early days the audience development people worked in sales. In the 2.0 phase that skill set crept into editorial. That’s how you win that game, or how you break even. You need to understand empirically the behavior of audiences and what motivates them.

InkHouse: What about BuzzFeed’s Impact on Journalism?

SW: I don’t think we’ve seen what BuzzFeed is going to be when it grows up. What has yet to unfold are BuzzFeed Motion Pictures and the effort to take on the kind of reporting that Nick Bilton does, such as “Do You Really Need to Shut Your Smartphone off on Airplanes?” He ran that story enough that the FAA finally caved. I think people will be surprised when BuzzFeed starts being considered for Pulitzers. They’re going to make so much money that they will be able to hire away a lot of reporters that you’d never imagine working for BuzzFeed. They’re going to understand engagement science. They’re going to take a bite out of Hollywood and capitalize on over the top TV and the YouTube stars who are being fomented. Then they will have the Edward R Murrow aspirations and we’ll see some important journalism taking place on BuzzFeed. However, that kind of reporting will be ornamental to the core business, which is to aggregate attention and capture stream.

“BuzzFeed is our competition now,” says @nytimes @meslackman “We’d be foolish not to take them seriously.” http://t.co/5VKEKGkskl

InkHouse: How has audience segmenting evolved?

SM: There are two core hemispheres for audiences today. In one there are what I call the Angry Vs –Vice, Vox, Vocativ (and the honorary V, Fusion) – and attention products. This media marketplace has the passive hemisphere. It’s the continuum of amateur to professional amusement around shared culture and shared understanding and it will map to the real-time newsroom. This group of media properties will run in a semi-automated way by taking what Reddit does and amplifying it.

The other hemisphere will focus on the audience that Steve Jobs called “pro-sumers.” These are people who produce and consume. They read Medium and are intellectually hungry. They engage in the idea marketplace. They are much less swayed by the instrumented front page. It’s the difference between Quora and Quibb, LinkedIn is middlebrow, and then Tinder at the bottom.

There’s nothing wrong with either approach. It’s just vanilla and chocolate and it’s becoming the way we segment the world of new media.

InkHouse: Is the opportunity for contributed content still gaining momentum?

SM: There is still a great opportunity out there. Publications that really understand the search game and engagement science know that volume is better. They are less concerned about whether a 3-digit IQ 20-year veteran connects, because if the content is shared, it worked. Lots of publications are looking for multiple ideas on a topic than just a one-off. It’s like crowd-sourcing your beat system. These media properties pay 10 people to cover some of the landscape and then contributors will fill in the rest. Inc is about to do it. Recently they published 60 contributed pieces in one day. Inc is hiring a small number of editors to do editing once pieces are posted. They are giving writers the keys to post, which gives them velocity and the ability of their brand to be in more streams. That is the prevailing trend. On the other hand, places like CIO Journal and Harvard Business Review are tightening their criteria. That doesn’t scale though, but that is not their goal.

Outside of written content, there is also the evolution of b-roll. Organizations and PR agencies can become sources of content that is captured at the source of news – conferences, customer events, etc. Podcasts and videos are great ways for PR people to provide assets that would add veracity to their news.

InkHouse: Thank you so much, Sam!