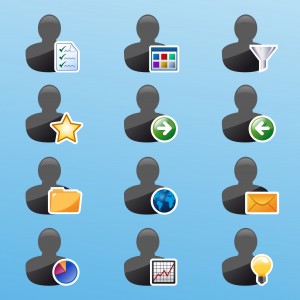 Social Media Etiquette from the Ghost of Emily Post

According to a recent report from DOMO, 70 percent of CEOs at Fortune 500 companies have no social media presence.

I find myself asking how can this possibly be a real statistic? In her piece for Forbes, Victoria Barret writes that social media isn’t a passing fad—one of the major reasons to utilize social media is because that’s where your customers are.

Barret is right. Social media has been changing the game for businesses on a global level for several years, allowing them to share their products, brand and point of view everywhere from Canada to Australia. Platforms like Twitter, Facebook, LinkedIn and Google + allow businesses the opportunity to not only sell a product, but to have real personality and engage with the audience that matters most to their business—their customers, clients, potential new hires and even existing employees.

It isn’t enough to have a company account for each profile. Having a human element and engaging in a meaningful way is what moves the needle and turns a company’s fans into fanatics.

Although the report does not indicate why CEOs are opting out of these platforms, it’s a fact that CEOs are time-strapped. But one could also theorize that there is concern over a speed-induced, unintended faux-pas. I consider social networking to be an activity similar to attending a cocktail party or a networking event. Although using social media should be seamless and feel natural, there are some scenarios that leave you wondering what the right move is with this kind of social interaction.

For these situations, I have consulted with Emily Post’s own social media etiquette guidelines and adapted them for CEOs. Here are five valuable tips to ensure your etiquette is top notch when you take to the social networking realm:

At InkHouse, we see real value in social media. If media outreach and strategy is the butter, social media is the garlic and olive oil blend for the proverbial bread. From extending the life of the latest and greatest media hit to creating new connections or nurturing more seasoned ones, social media, done well and with class, is a must.