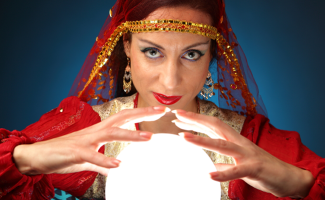 The Future of PR: Reader Comments

New York Times community editor Bassey Etim recently spoke at Columbia University’s Computation + Journalism Symposium about the attitude towards reader commentary and how the media should “treat comments as content.” He outlined the results of a Times survey that asked commenters the reason they comment, which revealed that only five percent of Times commenters actually post with the intent of communicating with others. Etim emphasized the fact that news organizations need to prioritize building a community around news. However, this is easier said than done since most organizations don’t have a full time staff dedicated to regulating comments like the New York Times has.

On the flip side, Vice’s Motherboard site joined a growing number of outlets who say comments aren’t worth the effort and shut down their reader comment section. In its place, they created a section of emailed letters to the editor, which is published once a week. Motherboard’s Derek Mead goes on to explain the loss of the human factor on the comment section as it “inspires quick, potent remarks, which too easily veer into being useless or worse.”

So what does this mean for the future of PR? Mathew Ingram outlines veteran blogger Anil Dash’s thoughts in Fortune: “Working on elements of online community such as comment sections is a little like gardening, in the sense that it takes constant vigilance to keep weeds from choking the life out of everything. But if you care about your readers — beyond just seeing them as eyeballs who consume your content and hopefully click on your ads — isn’t it worth making that effort?”

If one of the goals of PR is making connections with readers and getting the message across, then I believe it's worth publishers making that effort, rather than forcing them to use some other site for commenting?

Readers deserve to have a voice and should be part of the journalism process. It might take a few steps to improve and encourage good behavior, but overall, comments hold the author accountable for their work and, in the end, the readers are the ones who will form the community around the content. If you have a thoughtful comment, it might be just the kind of content publications are looking for.

After all, a conversation is a two way street.