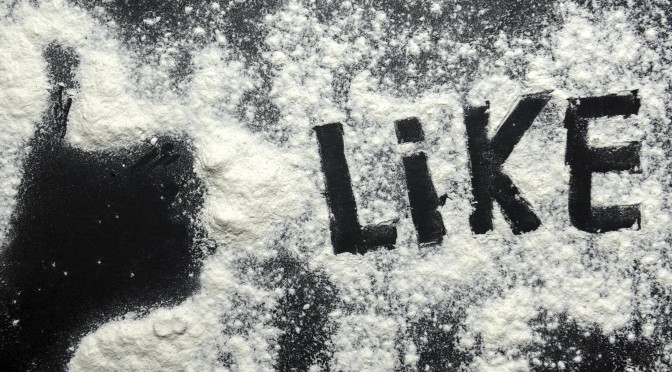 Let’s blame millennials. Why not, right? By 2020, they will account for nearly half of our workforce and we already know how they send something like 2,000 texts per month. By 2020, 80% of Americans will own smartphones.

Why resist all of this change though? As trends go, once discussion bubbles up to the mass media they tend to be well underway. Millennials are already changing the nature of our workplaces for the better, shifting them away from the hierarchical and patriarchal dictatorships of the 1950s and toward the hope of collaborative creativity in the future (see why Gloria Larson, president of Bentley University is bullish on millennials).

We also know that millennials don’t tend to read things offline and that newspaper revenues are down (4% in 2014). So what does this brave mashed up future of Facebook and mobile look like? If we believe the big data hype, we'll all become robots passively reading the content served up to us by algorithms that intuit our deepest desires and therefore our future purchases and lifestyle choices.

Call me nostalgic, but I don’t see that all happening. Isn’t humanity reliant on the kind of independent thought that drives creativity and exploration? Let’s assume it is for the sake of our children, and if not them, at least for the sake of the Fourth Estate, the one that reports on complex stories about powerful people in dangerous places. This will find a way to thrive because we need thinkers to fuel the readers.

However, algorithms are definitely part of that future, as are mobile devices. Both of these trends are changing the way we consume information, and therefore the way PR practitioners must think about content and deliver it to their target audiences. Let’s examine some of the major shifts highlighted by the Pew report.

1. News is going mobile. We’re getting our news through mobile: of the top 50 digital news sites, 39 receive more traffic from mobile devices than desktops/laptops. Spend on mobile advertising is up nearly 80%, and it makes up 37% of all digital ad spending. Facebook alone claims 24% of all display ad spending and 37% of mobile display ad spending.

2. Facebook is becoming a news organization. Almost half of all Americans who are online say they got news about politics and government from Facebook in the last week. And just this past week, Facebook debuted Instant Articles. Five brave (and perhaps prescient) news outlets have signed up to publish news to Facebook first instead of to their own sites. This may sound crazy because while Facebook is letting the publishers in on the ad revenue, it will likely take away from their own traffic. It seems that there’s no stopping Facebook though, which has out-performed even Google in its share of digital display (Google claims 14%), followed by Yahoo at 6% and Twitter at 4%.

3. Podcasts are hot. Downloads of NPR podcasts grew 41% in 2014. “Serial” helped to expedite awareness of podcasts when it became the fastest to reach 5 million streams or downloads. However, podcasts have been steadily gaining in popularity. Since 2008, listenership has increased from 9% to 17% and people prefer to listen to podcasts on mobile devices (63% of 2014 downloads came from mobile requests). John McElhenny on the InkHouse team recently wrote about the personal quality of podcasts and how marketers should think about them.

4. Radio thrives on- and off-line. Although traditional radio continues to draw an audience, it’s also succeeding online. Of Americans over age 12, more than half have listened to online radio in the past month (35% of those have done so in the car), and 91% have listened to AM/FM. And let’s give NPR a hand! It gained in audience and revenue in 2014 (some due to podcasts) and its member stations also grew 11% in 2014.

It’s easy to get lost in the volume of numbers in the Pew report, but viewed from afar, they tell a cohesive story. We’ve been seeing a shift away from the power of earned traction of Facebook for some time, and Instant Articles is another proof point. But Facebook traction is important (as is traction on other social platforms depending on your target audience). News organizations are realizing it and marketers need to as well. It’s one of the reasons we began a paid content amplification practice at InkHouse (for both earned and owned content).

I might start sounding like a broken record here, but PR is and should always be authentic. While you can buy eyeballs, you cannot buy fans. Sure, PR practitioners need to be savvy about the changing nature of attention so that we can win the headline game, which is often one of those “top of the marketing funnel” initiatives, but we also need to engage audiences in an authentic way or no amount of money will work.

So how do we gain that initial attention and turn it into engagement? First, we need to be in all of the places our audiences live because their path to us is much less linear than it used to be and their attention is much more easily distracted.

- Find your audience on social media. Know where your audience gathers online and be there in an authentic way. Pay for that visibility if you have to.

- Nail the headline or don’t even try. Don’t follow the crowd. While clickbait headlines work at first, they quickly die off. The HubSpot and Outbrain ebook on headlines showed that this lack of authenticity stopped working shortly after its initial traction. Once consumers catch on to the bait, they stop clicking. Right now headlines with words such as “tip,” “how to” and “magic” don’t work anymore. Lindsay Sydness on our team summarized the top headline tips from that ebook, and if you want to get angry about how clickbait headlines really work, I dug into that underworld here.

- Keep your content short. On mobile, audiences let the news come to them through Facebook feeds and alerts where their attention spans are shorter. According to the Pew, of the top news sites, anything over 3 minutes on a mobile device is nonexistent. Since Medium is so skilled at estimating read times, I took a look at a few 3-minute articles there. They came in around 500 words.

- Use visuals to break through. It’s noteworthy that National Geographic’s Instant Article on Facebook performed the best on launch day as demonstrated by News Whip (and by the way, NatGeo has 18.7 million followers for its Instagram feed). The HubSpot/Outbrain ebook showed that headlines with the word “photo(s)” perform 37% better than those without. Word to the wise!

We can’t forget the basics of finding our audiences where they live, creating messages that speak to them authentically, and repeating those messages often and in different ways until they begin to sink in. Today, we just have more types of content, more pathways and more things we can measure to hone the campaigns. In fact, we can take that wonderful New York Times story and make sure more people see it without having to hope  they’ll find their way to the NYT website or buy a newspaper. Perhaps they can just go to Facebook and stumble upon it.