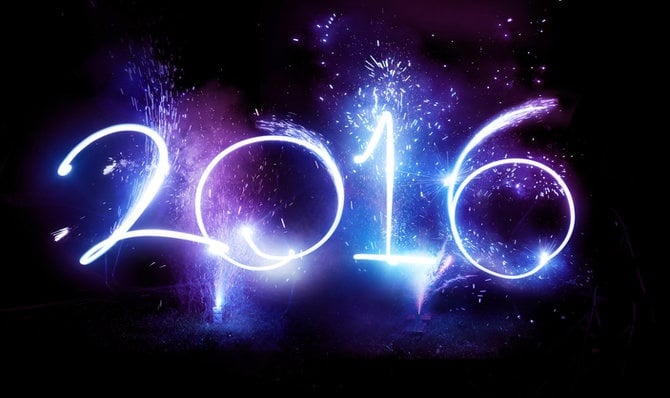 Sure, my mother still calls it the “pound” symbol, but that hasn’t stopped the hashtag from completely taking over the world in 2016. Whether it be political or preposterous, and unfortunately in some cases a combination of the two, over the past twelve months hashtags have been used to both divide the country and bring us all together on a global scale. Here are my picks for the top hashtags of 2016:

#Election2016/ #lovetrumpshate/ #MakeAmericaGreatAgain/ #ImWithHer/ #FeelTheBern/ #NotMyPresident - For the past year (and even for some time before that) buzz around the 2016 U.S. Presidential Election has dominated our news cycle. What seemed like a never ending battle for the White House between democratic nominee Hillary Clinton and republican nominee Donald Trump also produced a seemingly never ending list of hashtags. With each debate, campaign rally or bout of “Twitter Fingers” (I’m looking at you DJT), came a flurry of hashtags supporting and denouncing each of the elect-hopefuls. You were either With Her or boarding the Trump Train and these strategic campaign hashtags let you proclaim it to the world. Though the election is over, something tells me PEOTUS will be producing plenty more trumped up hashtag content in the years to come.

#Harambe - When news broke of the shooting and consequential death of a Cincinnati Zoo gorilla named Harambe, the internet exploded in an ethical debate on whether this death was lawful or just. From there, the Harambe story refused to lose steam on social media with the country mourning (sincerely and satirically) the loss of a gorilla most of us never knew. Harambe, though not alive and not of the required age of 35, even received write-ins on the presidential ballot.

#blacklivesmatter - Carried over from our list from last year, the Black Lives Matter movement which campaigns against violence and systemic racism toward black people, continued to dominate the conversation on social media. The hashtag originated in 2013 after the acquittal of George Zimmerman in the trial of the shooting and death of teenage Trayvon Martin. Since that time and through 2016 it has continued to be shared on social and played a role in the 2016 election, while also prompting the creation of the #bluelivesmatter and #alllivesmatter hashtags.

#PrayForOrlando/ #PrayForNice/ #PrayForAleppo - As the world continues to be a scary place, the global community joined together in efforts to bring love, light and prayers to the places that needed it the most. After the horrific shooting at the Pulse Nightclub in Orlando, Florida, the terror attack in Nice, France, and the ongoing nightmare in Aleppo, Syria, people took to social media to spread awareness and their sorrows.

#rio2016 - Over the summer the world focused its attention south of the equator to Rio de Janeiro, Brazil for the 2016 Summer Olympics commonly known as Rio 2016. While we watched each participating country’s strongest swimmers, fastest runners and most talented gymnasts compete, the Zika virus and violence left many concerned for the safety of the athletes and spectators.

#PokemonGo - What else could have kids and adults alike staring into their smartphones, aimlessly walking into walls to “catch them all”? Pokemon Go, of course. The location-based augmented reality game took the world by storm when developers released the app this past summer.

#MannequinChallenge - What would another year going by mean if we didn’t have another viral Internet video trend? The Mannequin Challenge encouraged people to remain frozen in action while a moving camera films them. While watching families gathered around their Thanksgiving tables giving it their best effort was entertaining and even after witnessing some impressive canine videos, there is no debate that the greatest gift that the Mannequin Challenge gave the world was the opportunity to watch old Facebook friends butcher the spelling of mannequin.

#FlyTheW - After 108 years of waiting, the Chicago Cubs finally won the World Series. Flying a flag over Wrigley Field to denote wins and losses is a longstanding tradition in Chicago. The Win Flag is composed of a large blue letter "W" and as this particular “W”’s flight was over a century in the making, needless to say we heard about it on social media.