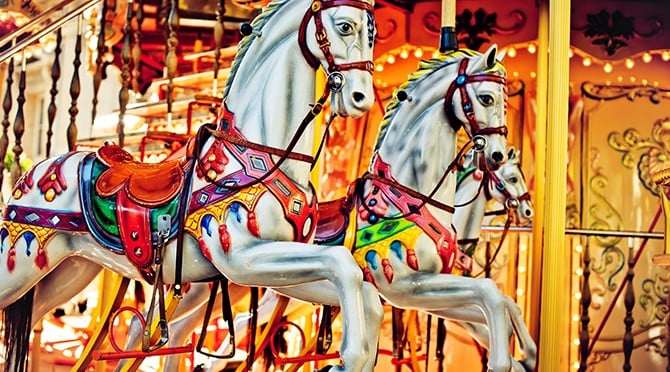 Trick question: Are you a workhorse or a show pony?

When I started my career, I classified PR people either as workhorses or show ponies.  Workhorses were those who toiled harder than everyone (or so they thought).  And show ponies were those who were slick, wined and dined clients and had perfectly coiffed hair.  They seemed to sail through life without a care in the world.

At first, I fancied myself a proud workhorse.  At the beginning of each work day, I intended to put in more hours, solve all the world’s problems with strategic communications and ascend the top of the public relations universe.

I didn’t have much use or respect for the show ponies however.  In fact, I thought they were lazy, good for nothings.  That is until one day when I saw an account manager, who I had always considered a workhorse, present to a client.

She was eloquent, poised and put on quite a show, making results from a recent campaign come to life.  The workhorse was transformed into a show pony.  I stood in amazement of this person, and the client loved every minute.  I came to the realization that maybe my thinking was too black and white.

Later that day, I approached her and explained my workhorse/show pony theory.  She smiled and generously shared a piece of advice, which has followed me throughout my career.  She said “sometimes you are the workhorse and sometimes the show pony; the trick is to know when to be which.  But whichever you choose in the course of the day, never be the horse’s ass.”