This week’s WebInno is in the books. It was a good event. Several of the participating companies were sales or marketing focused which created more consistency than at some past WebInno events. I wrote a preview of the event (you can find it here). The previews are always fun to write because they’re not really based on much but my initial impression of the various sites and services. The summaries, on the other hand, include not only my impressions but also details on what I heard from the companies themselves.

I’m proud to say I actually spent time with every one of the companies this time. Here's my take on a few of my faves from the night's festivities. 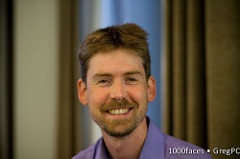 I was impressed by the capabilities. The idea is to make it easier to identify the bloggers, tweeters, commenters, etc. that matter across a really wide range of pre-defined categories (or ones you cook up yourself). I love the idea. Here at InkHouse we often have the need to find out who is influential in any of a number of areas. Sometimes finding this is a snap but other times it can be a real challenge. SocMetrics can help. You can also build lists within the application and even use it to reach out to the targets you’ve identified. All of that sounds pretty slick. I was a little surprised to learn that if you wanted to monitor these influencers it would require a separate product – and that both were $400 per month per client. It seemed a little steep to me but they said the pricing is competitive. This appears to be the case as they have some big brands and agencies signed up as customers. 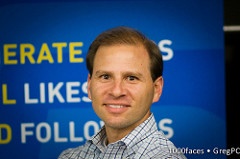 Of all the companies at WebInno31, SnapApp was the one that impressed me the most. They were clearly more mature than most of the typical WebInno participants. SnapApp allows brands (or their agencies) to create branded quizzes, polls, surveys, etc. that can be shared through social channels. SnapApp apps can be built without the help of IT departments which means that marketers can put things together on their own and do so quickly. They have a number of great clients already, including Comcast and Martha Stewart. In the case of Martha Stewart, people who “like” or use the app on Facebook are able to subscribe to newsletters or the printed magazine: a really nice example of online activity leading to offline engagement.

Yesware
Of the three "main dish" companies, Yesware was the one that interested me the least before I saw it. After learning more I was way more impressed by it than I’d expected. The problem they’re working on is to combine email and CRM in the hopes of saving time and collecting better data. Their current market is sales but one can imagine it being used in any function that requires a lot of outbound email. The templates they provide can be fully customized – as can the type of activity the email supports – and the relative effectiveness of each person using the software can be monitored. Some of that makes me a little nervous since there are all kinds of things that lead to an email being opened and read. Overall, a pretty impressive piece of technology. 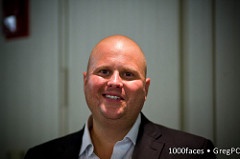 I’ll be honest, this was the last company I spoke to and I was getting a little punchy. They have an interesting approach though and their story was interesting. Fundraisers can work with brands to offer deals or specials. They can select the best deal/donation based on their target contributors. Bill Yucatonis, the CEO, made an interesting point – there are plenty of brands out there that aren’t going to want to do a daily deal (he mentioned Morton’s), as it isn’t in keeping with their brands. With GoodTwo, these brands can offer deals through a very different model – one that supports the brand by connecting it with a good cause. It seems like unique idea and one that has attracted hundreds of non-profits in just a few months. 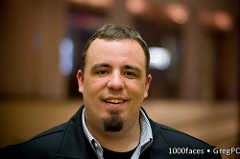 This is a neat little idea for helping local businesses promote themselves. My experience was that things were pretty slow to load. That turned me off a bit but CEO Jeffrey Penden assured me he was aware of the issue and that it was being addressed. He did talk about some features and capabilities that will be coming in the future that sounded very neat. If they can deal with the performance issues and get more people engaging with the various brands’ content they’ll have a nice offering for local places. 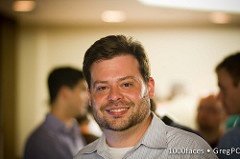 Addie was the company I liked the most. Maybe it’s because it’s the one I can imagine using. Is that lame of me to say? Addie is another way to share files. Addie makes it super easy: you upload a file and then send an email from within Addie to the people you want to share it with. They follow the link and voila – you’re sharing. You can create groups or send the files to individuals. That’s very nice but what’s even nicer is that the service includes 25GB of storage (act fast – this isn’t a forever thing) and a file limit of 250MB. That’s big. I deal with lots of photos and video and there aren’t that many easy ways to shuffle this stuff around. Addie does it very well.

So that’s the rundown of WebInno31 companies I dug. As always, I bumped into some friends and had an awesome time (free beer courtesy of TripAdvisor - you guys rock). I’ be interested to hear your impression of the event and the participating companies. Let me know what you think.