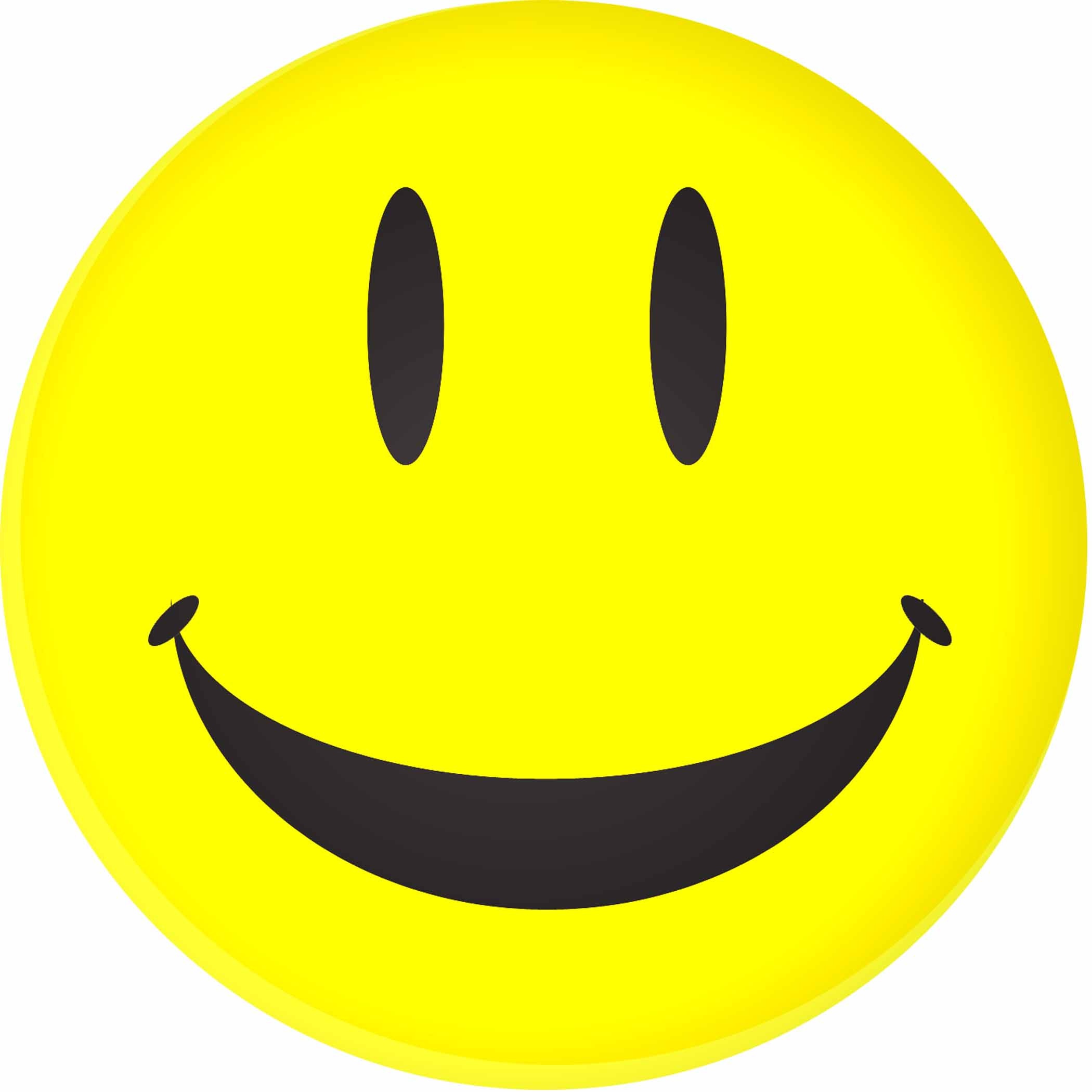 Since I’ve been a WebInno regular for years and often write up previews of the events (here’s the one of last night’s event) it only made sense that I’d put together a short summary after the fact. That’s what we have here. Right up front I’ll say that this only looks at the three main dish companies. They were three good ones though and all of them had their appeal.

Happier, What Makes You Happier? – Nataly Kogan, the exceptionally cheerful founder of Happier, let the WebInno audience know that the company was the result of a personal journey. It wasn’t a particularly happy one – leaving the Soviet Union as a teen, living the life of a refugee and arriving in a drug-ravaged Detroit neighborhood. Kogan tried for the American dream but things just weren’t working out.

She turned to science and focused her attention on helping people develop a more appropriate mindset. During her presentation she shared a few tidbits on happiness: happy people are healthier, happy kids do better in school, etc. The goal of Happier is to encourage people to think about their happiness and recognize that they do have happy moments to share.

Happier – which exists as a site and iOS app (Android coming soon) – doesn’t measure happiness. It reflects happiness back at its users and provides feedback to encourage happiness. In December the company introduced courses to help make happiness a part of people’s daily routine. Current course offerings include gratitude and meditation and each course includes a small daily action.

Kogan said the response to the courses has been incredibly positive; not only from the people taking them but from various experts who are interested in providing content. The courses, which cost between $15-$25, are being seen by many as a replacement for self-help books and seminars.

The demo ended with a very cute video of Kogan explaining one of her daily gratitude rituals – tucking a note into her daughter’s school lunch – and her daughter sorting and sharing some of them. Happier is a very nice idea. As Kogan put it as she wrapped up, “your phone should be your well-being coach.” Apparently the WebInno crowd agreed since Happier won the audience choice award for the evening.

Co Everywhere, Be Anywhere – First I should mention that the presenter for Co Everywhere was Ben Saren, a former client of mine at InkHouse. Ben is a very upbeat and engaging guy and he did a good job sharing the company’s story. He started by explaining that Co Everywhere is a hyper local social platform. He went on to talk about what doesn’t define us (race, gender, sexual orientation, etc.) and what does: the things we are passionate about. 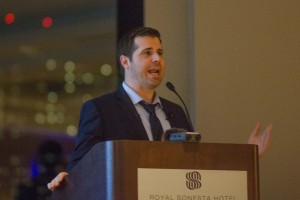 Most of the things we care about have some connection to a physical space and Co Everywhere is all about supporting people’s connections to the places that matter most. Saren walked us through a demo of the product by simply pulling up the app (iOS only for the moment but Android “coming very soon”) and drawing a circle around a place on a map. The place can be anywhere, from a specific building to a city, state or country (of course the bigger the space the more content you’ll receive).

For the demo, Ben circled the Boston Garden. The app works by aggregating any social content geotagged within the selected space. It delivers a mighty stream of content, since, according to Saren in response to question from the audience, it pulls data from “1000s of social media sources” from around the world. As you can imagine that can be a bit much. That makes the ability to mute users who post 10,000 selfies of themselves and their pets a critical function.

Not only can you create your own spaces to monitor, Co Everywhere also provides a list of trending places to allow you to get local content that hashtags and news sites might not be able to offer. The app also allows you to see what’s happening nearby, which is cool. All-in-all it is a very nice app and I’m looking forward to trying it once it’s available in Google Play. Co Everywhere came in second in the audience voting.

Chimani, Enhancing the Outdoor Experience – As I mentioned in my event preview, before I got into PR I was a park ranger. That made Chimani especially interesting to me. Kerry Gallivan, one of the founders, explained that they have tried to provide context and content available through a mobile device but that is available offline so it can be accessed within the parks.

At the moment, Chimani has produced apps for 14 of the most-visited National Park sites. The content is incredible rich and includes park maps; audio tours; a trail selection tool that can filter but distance, time, elevation or difficulty; sunrise/sunset and tidal details and a ton more. What makes the content really impressive is the fact that Chimani produces all of it. (The only exception is their app that includes ALL of the parks. In that case some of the content comes from other sources.)

Gallivan was asked about Chimani’s relationship with the National Park Service and he explained that there was no formal connection. They do work with the rangers to help improve the experience at the parks and through the app. He explained that they are in touch with rangers at each park, the non-profit park associations and the concessionaires at each park to make sure the content is current and accurate.

Beyond Chimani’s own apps, the company’s content is featured in Google’s Field Trip app, which is pretty cool.

There’s my recap of last night’s event. It was – as always – a good opportunity see some cool technology and catch up with pals from the Boston innovation scene like Tom Summit, Dave Cutler and Joe Baz. The next WebInno isn’t until June but I’ve already cleared my calendar. You should too.