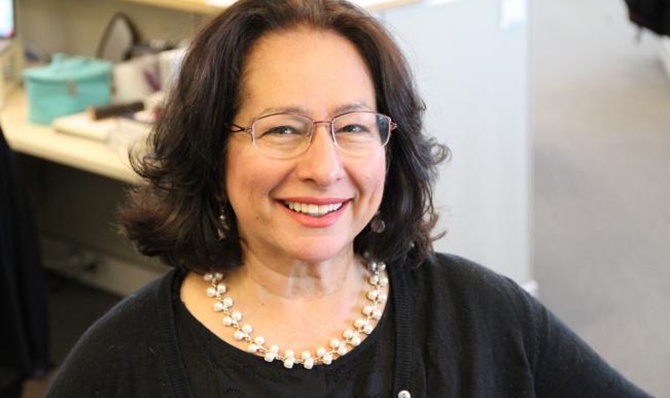 WGBH’s Azita Ghahramani - as senior editorial producer at WGBH News and its flagship nightly news show Greater Boston - is a highly sought after Boston journalist. Prior to joining WGBH, Azita worked for many years at WBZ-Channel 4.

Azita was kind enough to weigh in for InkHouse’s Journalist Corner on everything from exclusives and her favorite stories of late, to whether or not she truly considers each of the hundreds of PR pitches in her inbox.

Q. Why did you initially get into broadcast journalism?

A. Pure happenstance. My first broadcast job was in the WBZ sales department (traffic coordinator!), but as soon as I heard about an entry level opening in the TV news department, I switched to news. When I was a kid, I’d pretend to be a BBC newscaster and read made-up news stories into my tape recorder with my best impersonation of a British accent. But it wasn’t until the opening at WBZ years later that my news bug got re-ignited.

Q. What was your first job?

A. First news job was as News Assistant at WBZ-TV. Before that, I was Traffic Coordinator, and prior to that I worked in the cosmetics department at Saks Fifth Avenue. (My first real job out of college.) I worked in the office, and had a closet full of perks, perfumes and cosmetics from the high end vendors. They’d routinely give us new products to test. I miss that!

Q. What types of stories are ideal for Greater Boston?

A. We have two types of stories – packaged pieces, and discussion segments. For packages, anything that has a compelling human story behind it. We get lots of pitches about new products and companies, but they aren’t interesting unless there’s a story to be told around the product or person.

On set discussions thrive when there’s controversy or tension. Jim Braude, the show’s host, routinely interviews newsmakers. We talk a lot of politics, naturally. We thought we’d move away from politics after the elections, but there’s such a steady stream of national conflict, it’s difficult for us to ignore what’s happening in DC. We also spend a great deal of time discussing local politics and the implications of what comes out of the state house. And of course, any conversation with implicit tension or opportunity to present different viewpoints.

Q. How many PR pitches do you get per week and do you ever say yes?

A. I currently have about 1400 unread emails, many, many of them PR pitches. I have said yes, depending on what it is. There has to be a current event hook to the pitch, or an unusual angle for it to work.

Q. How has the current political news cycle affected the show?

A. Politics has become the black hole that sucks up everything in its orbit. For something other than politics to get attention, it has to have its own very powerful gravitational pull.

Q. Favorite Greater Boston story from the past 6 months?

A. It’s so hard to pinpoint a favorite. Because news tends to be depressing or heavy, the stories that stand out most are ones that illustrate the human spirit. We had local peace activist Tina Chery on with the man who killed her son. It was their first joint interview, and it was a really powerful conversation on forgiveness. I also love when we have chefs, authors, musicians – anyone who offers some levity. Jim and BSO music director Andris Nelsons always have a great rapport. It’s hard to talk about music, but Nelsons is able to convey his passion as a conductor – and it’s contagious. We also just did a segment with the Brass sisters, who have a new PBS show. They’re really delightful.

Q. Do you prefer exclusives?

A. Emails that are really long and don’t get to the point. I tend to skim PR emails, so if the actual pitch is hidden in the throes of lengthy paragraphs, I’ll miss it. the basics should be clear – who, when, where, and most importantly – why? Why should we care, why is it important, why is it coverage worthy?