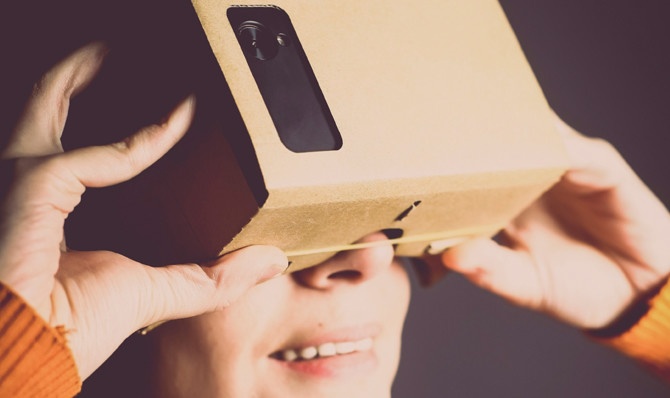 What Does VR Mean For PR?

This past weekend, New York Times subscribers received a surprise in their Sunday newspapers: a Google Cardboard viewer – a device that allows “readers” – or now “viewers” – to enter the Times’ new virtual reality (VR) platform and visually see stories come to life. The Times launched its new VR platform Nov. 5, with the release of its new mobile app NYT VR. The app is currently stocked with two immersive videos from New York Times Magazine: “The Displaced” – the story of three refugee children living in refugee camps, and “Walking New York” – a behind-the-scenes look at the making of the recent New York Times Magazine cover with artist JR.

The Times is not the first news outlet to try out this new form of storytelling. The launch follows the likes of ABC, The Wall Street Journal and Vice News, each of which has tried (and failed) to use the new medium to enhance the way they tell stories.

So what makes the Times’ rollout different? A little partnership with technology giant Google.

Over the weekend, they delivered more than a million cardboard VR viewers to subscribers, and all subscribers had to do was press “download” on the free app. Then, they had a virtual experience at their fingertips.

Since the launch, several news outlets have reported negative user feedback but, mostly, users are happy with their virtual experience. NYT VR currently has a four-out-of-five-star rating in both app stores.

So how does this impact PR?

The truth – I’m not quite sure, and I don’t think anyone is just yet. The Times understands that virtual reality journalism is still in its infancy and that there are kinks to work out, not the least of which is convincing people to place a piece of cardboard on their faces to get news, no matter how cool the experience is. However, they do believe it’s the future of storytelling. And, if it’s the future of storytelling, then PR will inevitably have a role in it.

In the coming weeks, I expect there to be a “re-launch” of sorts from the other outlets that have VR platforms available, including The Wall Street Journal. Its launch didn't take off mostly because not enough readers had access to a VR viewer, but the Times and Google just solved that problem.

For now, I recommend downloading the handful of VR news apps, folding up your cardboard and enjoying the free immersive experience. Maybe, it will spark the next great idea for how we as PR professionals can insert ourselves into the world of virtual reality storytelling.

Who knows, someday, we might even pitch reporters in VR.