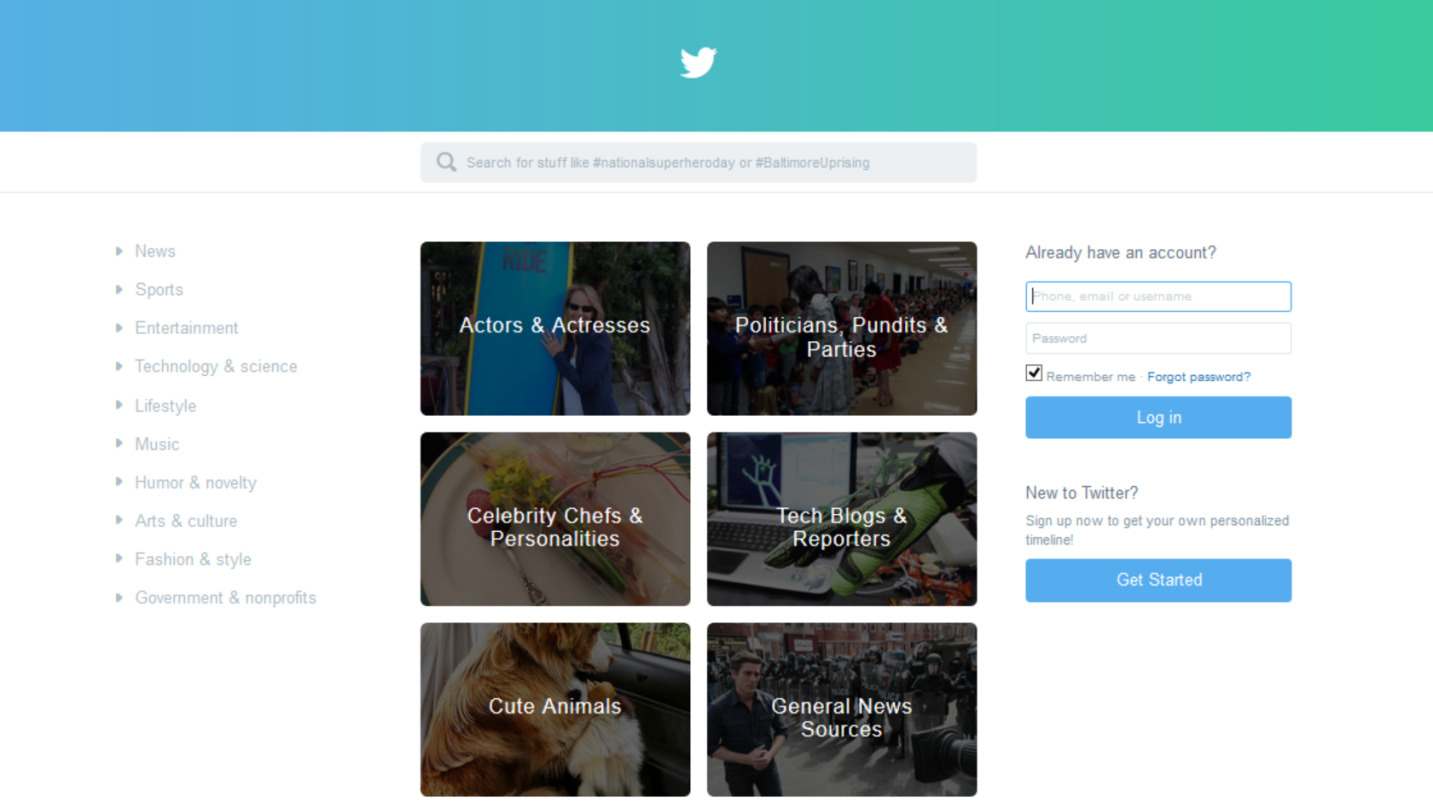 Why Twitter Changed its Homepage and What it Means for Brands

Believe it or not, 42% of B2B brands either have no account or are inactive on Twitter. Shocking, right? Especially considering that 83% of Fortune 500 companies have accounts and Twitter reported last week that it has more than 300 million active monthly users.

However, these B2B companies aren’t alone – only 19% of adults maintain an active Twitter account, which may seem high, until you find out that nearly 60% use Facebook on a regular basis. Additionally, Apple, arguably one of the most influential companies, has never tweeted, engaged with users or even uploaded a profile picture on their company profile on Twitter.

Ultimately, these companies are missing out. With so many users, Twitter successfully reaches most industry spheres. It’s no secret that Twitter has proven to be an effective, and free, way to engage with a targeted audience, obtain pertinent news (in real-time, no less) and convey your brand’s personality.

So how can Twitter convert these non-believers? They have decided to address this issue by getting fancy, starting with their homepage.

Up until a couple weeks ago, the Twitter homepage was quite barren, with a simple message prompting you to “Follow your interests,” by signing up for an account. Yet, it gave no glimpse into what was behind that login page, why the 300 million dedicated users continue to use Twitter on a regular basis. 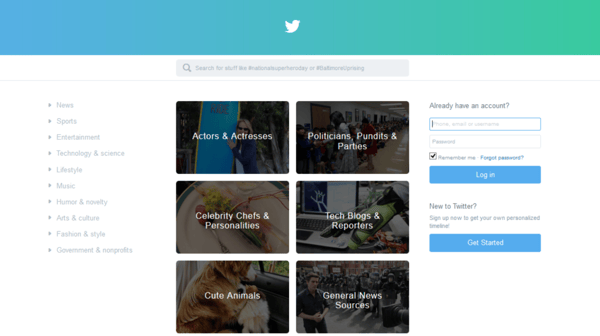 Instead of its formerly stagnant landing page (ironically on one of the most interactive sites that comes to mind), Twitter’s home page now features collections of topics that lead you to curated Twitter feeds for news ranging from celebrity chefs to technology to travel guides. Filled with newsworthy and visually appealing tweets from some of the top Twitter users, it is hard not to want to engage with and share what’s on these feeds.

However, you can only access this if you are not logged in to Twitter. These feeds are created to entice the non-user, to let them see what they are missing. As Twitter put it "… we're making a big change for the many millions of people who visit every month who don't log in but still want to know what's happening."

Twitter knows its strengths and is hoping that by giving non-users a little tease of what they could be a part of, their active user numbers will grow.

Time will tell whether or not this will effectively convince the account-less B2B brands to join the Twittersphere, but it serves as a reminder that valuable opportunities can be unlocked by signing up.