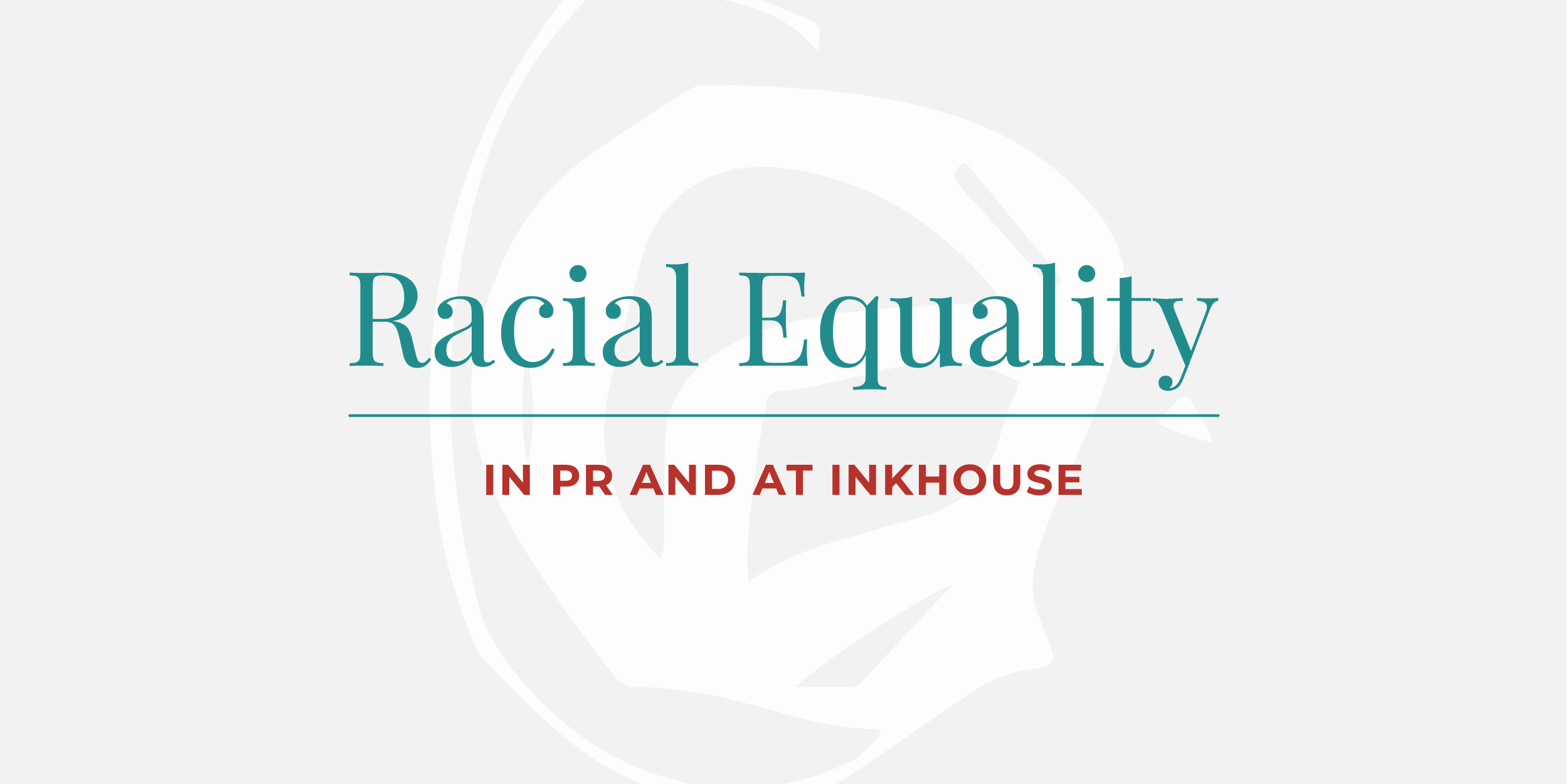 Racial Equality in PR and at InkHouse

Recently a group of PR professionals has assembled under the name Hold the PRess to hold the PR industry accountable for making progress in racial equality. I applaud these efforts. We need to be honest about the problem in PR so we can be open to the solutions. Racial equality is a human imperative, but it is also a business imperative for PR. As communicators we are asked to imagine the lives of other people so we can craft communications that reach them. How can we do that if we have a mostly white lens?

When I first began fighting for equal pay and paid leave, I learned about the value of accountability. As I wrote to the InkHouse team in early June, intentions are not enough. Under-represented groups need to see people who look like them in the positions they aspire to. They also need mentors and sponsors who can help them get there. During the #MeToo movement I made a plea for the good men to support women and with racial inequality, it is the job of the white community to dismantle the privileged infrastructures that enable it.

Not only is InkHouse providing our data to Hold the PRess, but I am going to publish it here. They have noted that PR is 89.7% white, and InkHouse is no exception. We have lots of work to do. Hold the PRess has requested the following information, and InkHouse’s answers are included with each item:

I’ll be honest, three years ago we were 100% white. After implementing a more rigorous hiring process we are now 10% diverse and I want that number to be 20% in three more years. Following are the initiatives we’ve implemented, and are committed to continuing:

Now to the new initiatives we have committed to:

We made many of these commitments in a joint letter with 56 other business leaders in Massachusetts (attendees of The Commonwealth Summit) that was sent to Governor Baker and the legislature. In that letter, we also advocated for policing reform, demographic data transparency, race as a factor in environmental justice, and racial equality in housing and economic development.

Like Hold the PRess, I do not believe in one time “performative acts for social media.” Change requires work and dedication — to understand our own biases and to see through our structural blind spots — so we can create a more equitable foundation. We have a long way to go, especially when it comes to diversifying our senior leadership team, and we are committed. I’d be delighted if Hold the PRess published the data they are collecting on an annual basis so we can benchmark our industry progress each year.