Social Media: Make Your Audiences Feel Better About Themselves, Not You

One of the main reasons why so many social media campaigns don’t land is a very human one: the campaigns are designed to make the brands or thought leaders enviable, and not to make the audiences feel better about themselves. It’s such an easy mistake to make, because we’re wired to promote only our good qualities and to want others to agree with us.

Social media has amplified these psychological needs to a point of insanity. Facebook has become a place where we’re either showing off our vacations, or preaching about politics. Instagram was a safe haven with inspiring photos, but those have led to the engineering of real-world experiences for, well, Instagram (see Wired’s piece on selfie factories) and an onslaught of click-to-buy ads. Twitter is where opinionated people go to fight with other opinionated people. And LinkedIn seems to be where all of the sales people have flocked, pushing cold InMails since no one answers phones anymore.

These are the shortcomings of social media, along with the fact that it is addictive. However, each platform has done a lot of good too. People get inspired, find support in emergencies, stay informed about the news, find old friends they’d lost touch with, establish new business models, get customer support, find jobs, grow their businesses, raise money and awareness for charities (remember the Ice Bucket challenge?).

What if we found a better way to use social media? Because isn’t the goal to make better connections with other people and the world? That’s my goal at least, in my personal life, and my professional one in which I run a PR firm. In fact, not only am I trying to make connections, but I’m trying to convince people to try out new ideas, products and services.

Too often, we use social media to throw things at people to try to convince them. We throw pretty pictures so they’ll envy us. We throw strong language about our values and politics to be right. We throw facts that support our case, because facts are truth, right? But none of this works, because none of it makes people feel better about themselves and the world.

As it turns out, facts don’t necessarily make the most convincing arguments. In this post, Maarten van Doorn suggests that psychologically, the tribe is more important than facts. Long before the age of fake news, Darwin delayed releasing his findings about evolution because they were contrary to creationism. People will choose their neighborhoods, churches and social circles over truths that question their community’s belief systems.

If we want to convince someone of something new, we have to earn membership in their community first (and not by tricking them into it!). I’ve written about our Project Curiosity, which uncovered ways to open people up to new ideas, such as seeking common ground through common goals, listening before you talk, and using non-confrontational means like music and art to convey unconventional ideas.

On social media, there is a simple test to help determine if your post will build community, or drive it away: 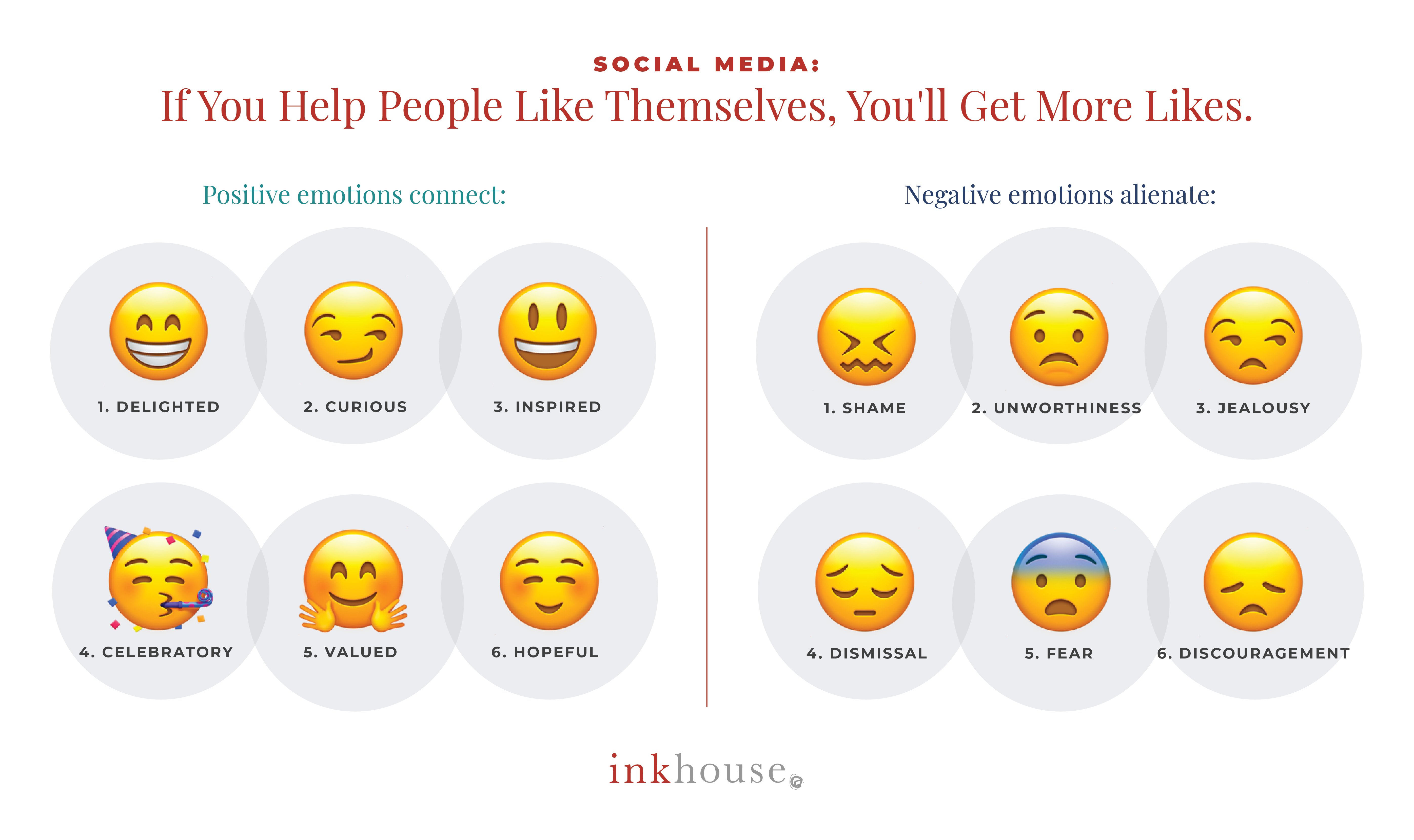 I’m suggesting that we get more intentional about our social media posts, and align them to our ultimate goals. Does this mean you don’t post your corporate achievements on social media? No. Post away. They make your employees and customers feel good about choosing to work with you. Intentions do matter though, so it’s useful to consider if we are asking people to envy us or join us? (I’m also in favor of hiding the likes count as Instagram has done in a few countries). For now, if we lead with earnest authenticity it’s hard to go wrong.