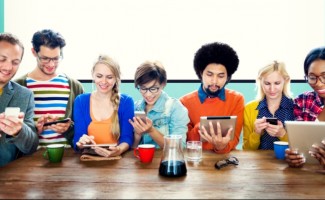 Thanks for the Memories: Snapchat Introduces New Game-changing Sharing Feature

Earlier this month, Snapchat announced the rollout of a major new feature: Snapchat Memories. Described by the company as “a personal collection of your favorite moments that lives below the camera screen,” Memories allows users to save snaps within the app that can be shared later. Additionally, users can search for specific snaps by keyword and share photos and videos taken outside of the app itself.

According to Mashable, Snapchat will also let users edit Memories before they are shared. Photos originally taken in Snapchat can not only be edited with the usual filters and drawings, but also users will be able to add the geotags and time filters from the location where the photo was originally taken, even if the user is not there in that moment. Photos downloaded from a camera roll can be also edited with texts and filters.

This is a substantial update for the wildly popular social media platform as it enables users, for the first time ever, to share photos and videos that weren’t taken “in the moment.” This departure from its signature live, fleeting updates has the potential to hugely broaden the platform’s mainstream appeal. The update will also help brands better tell their story and increase user engagement as it allows them to use photo and video content taken outside the app.

It will be interesting to see how brands and content marketers, both big and small, embrace this new update. Memories will allow more control over the visual content we push out from the platform while also giving us a bit more creative freedom. This is a definite shift in direction for Snapchat, but they’ve never shied away from major updates before. Snapchat Memories could be a definite game-changer for the platform.