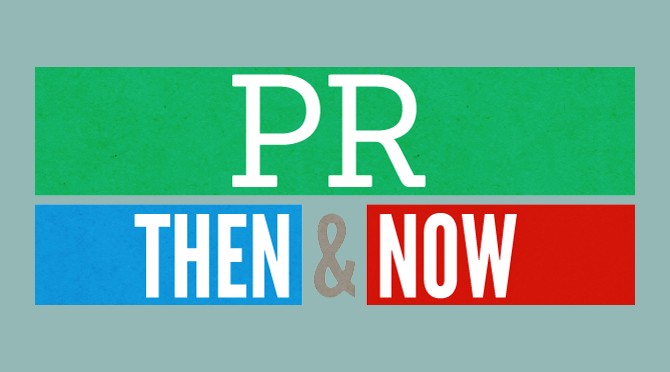 The Re-imagining of PR

The only industry changing more quickly than PR is the media, and we are inextricably intertwined. I entered PR in 1997. The dot.com bubble was fat, as we ignored our collective common sense in the wake of skyrocketing IPOs and lovable sock puppets, which turned out of course, to be unprofitable. Despite the dot.com buzz, we were still perfecting how to use email for media relations and favored hard copy press kits (I frequently made the midnight run to Logan Airport to make the last FedEx pickup).

Almost a decade later, InkHouse was in its formative stage, and blogging was exploding. Media empires were waning, and PR people were trying to figure out how to communicate with opinionated bloggers who operated under unknown deadlines. As it turns out, this was a boon to creative and ambitious PR people – if you were willing to exchange emails late at night, you could often get a lot more coverage than was possible just a few years earlier.

The transition was not all rainbows and unicorns though. Some bloggers waged war on PR people. Michael Arrington at TechCrunch famously decried, “Death to the Embargo,” and a number of other bloggers followed suit, but it worked best for TechCrunch. After seeing huge traffic and user spikes following a TechCrunch story, startups across the country vied for TechCrunch exclusives and sacrificed broader coverage. For a little while, we thought embargoes would go away entirely (see my post, “The Embargo Lives, for Now,” from 2011) but they are back, for the most part.

In the midst of all of this, social media, the darling of the blogsphere, changed everything again. Twitter, Facebook and LinkedIn, in particular, have ushered PR into the era of authentic discourse. Press materials have turned into social content and briefings into conversations. It’s not about scripting the dialogue (although we do scrutinize our press releases much more closely since they are often reprinted verbatim!), but about participating in the conversation.

Where do we go from here? Mary Meeker’s most recent iteration of her “Internet Trends Year-End Report” showed that mobile traffic has grown to account for 13 percent of Web traffic. As Meeker’s “re-imagining of everything” has pointed out, the only certainty is change, and mobile will play a starring role.

Beyond the mechanics of how we communicate with audiences, the heart of good PR has been, and will be the same. We must offer unique and relevant viewpoints that are rooted in authority. Relationships matter and are fueled by our credibility and our authenticity. Getting there first only matters if we’re prepared. Finally, and most importantly, our jobs are ultimately to tell great stories.

Below is an infographic we created to show how things have changed, and what will always remain: