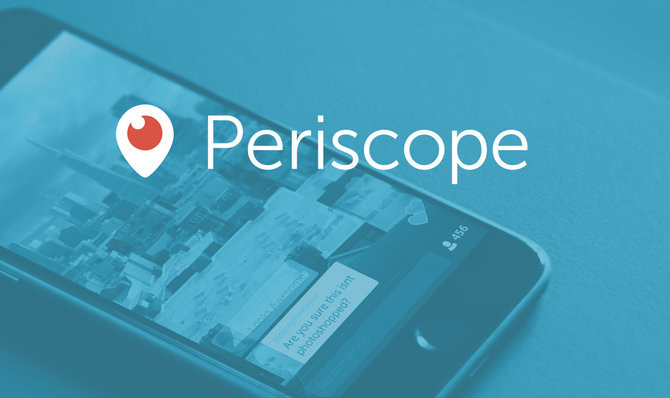 Periscope is now more than a year old,  but it looks like the trend toward live-streaming and sharing video is here to stay – with more and more options for marketing and storytelling. Periscope videos are now fully integrated into the Twitter stream, where they’ll start playing as soon as you see them. This also makes the content more accessible, since you no longer need an account to interact with the stream. Not to be outdone, Facebook just announced new video features for Facebook Live which give users the ability to share a video instantly and personalize live broadcasts through the platform, and Snapchat’s recent redesign includes updates to video calling and chatting. (If you need a reason to jump on the Snapchat bandwagon – known as the go-to platform for millennials and mobile engagement – InkHouse’s Linnea DiPillo shares how and why the platform is so impactful).

Marketers and communications professionals have already gotten their feet wet using the app (check out my colleague Heather Bliss’ guide to Periscope), but as the live-streaming landscape evolves there are a few tips and tricks we’ve picked up along the way. And why keep these to ourselves? After a little trial and error, here are five Periscope tips for marketers:

1. Use a tripod with a smartphone mount.
It doesn’t have to be fancy, but using a tripod will make your video feed look more professional and attract more viewers. Shaky camera work is exaggerated on the iPhone and it can be a total turnoff to potential viewers as they tune in. The tripod also serves to help you frame the action before you start filming, and lets you smoothly pan the camera during the broadcast.

2. Bring a microphone.
Smartphones weren’t made with live-broadcasting in mind. Invest in a microphone designed for smartphones that will make the quality of your broadcast one thousand times better than if you had just used a smartphone alone – your viewers will thank you and will be more likely to participate and interact on Periscope (okay, so the audio isn’t necessarily essential to #DrummondPuddleWatch, but it is the perfect example of the potential of Periscope for interaction and virality).

3. Shoot horizontally (almost always).
I have always abided by the unofficial rule of shooting video in landscape mode. And I’m still of this mindset if your audience is viewing online or you will be using the video online later. However, Digiday makes a compelling point that if you’re shooting for mobile (or your audience is watching on Periscope or another live-streaming app) shooting vertically can be a better user experience. Mobile news consumption is on the rise, so think about who will be watching and on which platform.

4. Start the broadcast BEFORE the speaking begins.
This one is less intuitive. When you’re kicking off a broadcast, you need to account for the fact that people won’t be joining the broadcast right when you start filming. You can first tease out that a broadcast is about to begin on your Twitter channel then, when you start the official broadcast with a few minutes to go, this gives potential viewers a chance to see your link and load the video without missing anything. Depending on the situation, you could even have a designated “host” introduce the feed or the announcement that is about to be made – keeping the viewers company and letting them know they’re in the right place!

5. Make sure your phone is fully charged.
This should be a no-brainer, right? Well, we’ve all been there. You forgot to charge your phone and it’s about to shut down unless you close out of all your apps, turn on low power mode and cross your fingers. Instead of hoping things work out, pack an extra charger and scope out the location for an outlet before the broadcast begins. Live-streaming uses a lot of battery life and you definitely don’t want the broadcast to cut out halfway through!

With new technology and apps like Periscope being introduced every day, no one is an expert yet. Exploring and practicing is the only way to figure out what works (and what doesn't) and how to put new technology to use to tell your stories and reach new audiences. What tricks of the trade have you learned so far? Let us know.