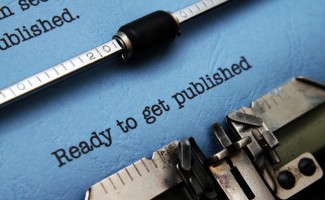 Apple News Opens Up to All Publishers

Less than a year after launching Apple News, Apple is finally ready to allow more than just a select few publish content on its platform. Following the lead of Facebook Instant Articles and Google AMP, Apple recently announced the launch of a new Web-based editing tool that will allow individuals and independent publishers to customize content, including text, photo galleries, videos, and animations, for the News app.

Until now, Apple News, which is automatically pre-installed on every iPhone and iPad with up-to-date software, had been limited to 100 publishing partners, including major media players like Conde Nast, The New York Times, Bloomberg and CNN. Now, pending Apple’s approval, anyone from individual bloggers to smaller, independent news organizations will have the ability to publish content to the app’s 50 million unique monthly viewers.

According to TechCrunch, those who don’t want to bother with the company’s new document format, Apple News Format, can submit RSS feeds to News Publisher, the iCloud application that pushes articles to the News app. Publishers can then monitor traffic with News Publisher’s analytic tools and insert ads into their content with iAd, Apple’s advertising platform.

So what does this move mean for the long-term success of Apple News? It’s likely too soon to tell. For many, these updates may be seen as “too little too late,” as many news readers have failed to see the value in the app. And although the app’s reach is substantial, Apple News stories can only be read through the app, limiting the audience to iPhone and iPad owners with the latest software updates.

For PR pros, this could be another great platform to promote content. The approval process seems fairly painless and straightforward; however it will be interesting to see how strictly Apple regulates its publishers and their content. And although Apple News is only available in the US, UK and Australia, the app offers both channel-based and article-based data on things such as unique viewers, time spent engaged with an article, and shares.

While I have my reservations about the new updates, it will be interesting to see how this shift into blogging and native content plays out for Apple. Based on these latest updates, Apple News could definitely give Tumblr, Wordpress, Facebook Instant Articles, and other blogging platforms a run for their money.