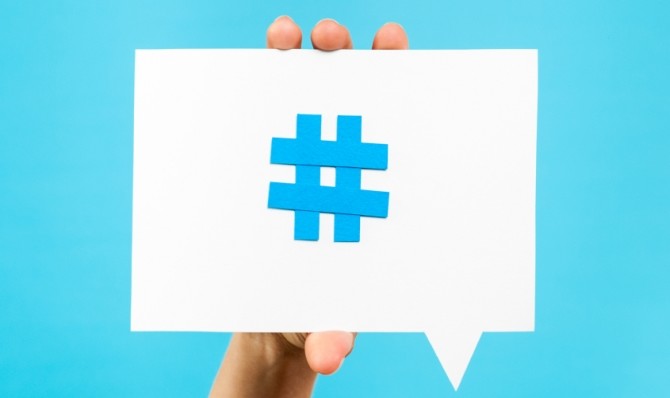 On March 21, 2006, Jack Dorsey wrote the first-ever tweet. Ten years later, the social platform has around 320 million monthly users. Today, Twitter is an amazing tool for breaking news, content sharing, following friends, and even your favorite celebrities and the hashtag - previously known as the “pound” sign - is now simply part of the way many of us communicate. Over the past decade, Twitter has proven to be an invaluable platform for marketers and brands, a means of connecting with audiences, a new form of promotion and an essential element of customer service. Today, to celebrate Twitter's 10th birthday, I wanted to step back in time and review ten powerful campaigns and hashtags that showcase the power of reach of the platform. (Thanks to InkHouse client, Brandwatch, for the social data below.)

1 - #YesWeCan Obama Election Campaign 2008
After eight years, and nearing a November 2016 election, #YesWeCan is still a widely recognizable hashtag that was used in President Obama’s 2008 election campaign. Interestingly, while the hashtag is very well known, Brandwatch found that less than 3,000 people actually used it in the few months prior to the election. This is pretty indicative of the fact that Twitter was still just a baby back in ’08. Nonetheless – it was the beginning of something big.

2 - #BeatCancer 2010 by Livestrong
This hashtag, which was backed by tremendous celebrity power on Twitter (@KimKardashian, @ArianaGrande), actually beat the Guinness Book of World Records in ’09 for its most widespread social network mentions -- it reached 459k during the 2010 campaign.

3 - #WantAnR8 by Audi 2011
Back in 2011, a woman tweeted at Audi that she wanted Audi’s R8 V10 model after watching the Super Bowl ad for it. She used the hashtag #WantAnR8. As a result, the company actually delivered an R8 V10 to this women for a day and developed an entire Twitter campaign contest around the hashtag. The idea was to tweet the hashtag #WantAnR8 for a chance to win access to the car for a day. Brandwatch found that 483,175,059 impressions were created with 27,000 total mentions of the hashtag. Pretty impressive.

4 - #40Dollars by The White House 2011-2012
The White House launched this Twitter campaign in reference to its fight over extending payroll tax cuts. The $40.00 represents the amount every American would save if the payroll tax cut was extended. People used the hashtag in answer to the question: “What does #40Dollars mean to you?” Brandwatch found that 62,000 Americans responded with this hashtag on Twitter.

5 - #ShareACoke by Coca-Cola 2013
This campaign was started by Coca-Cola to encourage consumers to share a Coke with others and share Coca-Cola stories. Each bottle was labeled with a different name and the hashtag #ShareACoke. To date, the campaign has proven to spike sales. Brandwatch found that for the first summer of the campaign, it received 160,000 mentions on Twitter and made 740,484,018 impressions.

6 - @TweetACoffee: Starbucks 2013
Starbucks came up with a campaign in 2013 that let people give a $5.00 gift cards to friends if they included "@tweetacoffee" and the friend's handle in a tweet. Brandwatch found that 936,526,852 impressions were created for the initial campaign – with a gender spilt of 54 percent female and 46 percent men.

8 - #ALSIceBucketChallenge: ALS Association 2014
We all are familiar with this one, and many of us have probably thrown a bucket of ice over our heads and challenged others to do so as well. The campaign really blew up by 2014 and had a number of celebrity backers on Twitter. Brandwatch found that there were 9,578,772 mentions during the 2014 campaign.

Always launched a campaign that was intended to spark a conversation around women’s hygiene products. The hashtag got 169k mentions and 97 percent of them were positive in sentiment.

10 - #ThisGirlCan by Sport England 2015
With 180,000 mentions, and carried out in Q1 of 2015, this campaign was an effort by Sport England to get women moving no matter their abilities or body type. The top associated hashtags for this campaign were: #fitness #liveyourambition #womeninsport. Brandwatch also found that the second largest spike in hashtag use occurred on International Women’s Day.

There’s no doubt that Twitter has changed our lives. It’s clear that Twitter also provides opportunity to affect positive change – even if it’s as simple as getting your friend a $5.00 gift card at Starbucks - providing brands and marketers a powerful platform for creativity and connection.

So happy 10th birthday Twitter and welcome to your second decade!